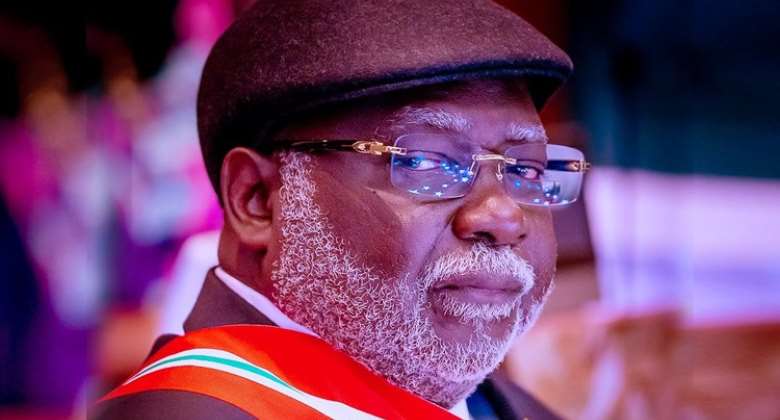 The Nigerian media reports that the Chief Justice of Nigeria, Justice Olukayode Ariwoola, will in the coming days begin the process of the inauguration of over 300 members of the election petition tribunal.

There is no place where there is no corruption, especially on a political and corporate level, but in Nigeria, where all forms of corruption prevail in their most naked form, not long ago the media reported that the Independent Corrupt Practices and Other Related Offenses (ICPC) report showed that the judicial sector has been the number one sector in the Nigeria Corruption Index since 2020.

The most notable part of judicial corruption seems to start with bribery.

According to the ICPC, about ₦9 billion was offered as bribes by lawyers to court officials, including judges, registrars, and other court officials.

According to the information extracted from the ICPC report, the demand for bribes is mostly linked to election matters.

Well, another national election season is almost here, and unlike past elections, this coming election could be the most important of our lifetime in Nigeria.

It has been long known that the Nigerian judiciary is seen as a corruption-producing institution and carries out its corrupt practices in a highly methodical manner.

Let us not forget that the judiciary remains a pathologically and unashamedly corrupt system where persons personally offer themselves to be nominated and appointed by any and every corrupt means possible, and, once on the bench, some of these magistrates, judges, and justices become at war with the rule of law.

This coming election is bound to have great public weight and will have enormous political, security, and international implications if the judicial officers that will be handling the election petitions in the tribunals are not fair.

The question now is: how do we know, to some extent, that these 300 election judges will follow strict and exact standards and not land judgments due to the influence of tainted or blood money?

It was not long ago that an insider of our judicial system, retired Justice Ayo Salami, a former President of the Court of Appeal, talked in his public comments about the rotten judicial officers in the judicial system. Justice Salami called these sorts of judicial officers "corrupt elements." He noted that the Nigerian judiciary is filled with dishonorable people not suited to being judges who get into the system and make it to the highest level of judicial authority.

Justice Salami revealed how high-ranking, serving and/or retired judicial officers act as "arrangees" or "couriers of kickback," leading to the "purchase of justice" in various cases.

A former Chief Justice of Nigeria (CJN), Justice Dahiru Musdapher, once noted at different times how "all kinds of people" now find themselves on the bench as judges, with many of them lacking any sense of decency and justice.

In delicate times like these, the Chief Justice of Nigeria, Justice Olukayode Ariwoola, a long-term member of the Nigerian judiciary, should save the nation and the people from any of these 300 judges whose mentality of corruption could undermine the rule of law, empower depraved politicians, and distort free and fair elections.

We can reduce these potential issues by giving psychological examinations to all 300 judges.

This is not about the use of psychiatrists who focus primarily on the biological aspects of mental illness and psychiatric medications; instead, it is about using psychological science with the help of doctoral-level and certified psychologists in Nigeria or other places who, even for free, will be willing to assess the fundamental personality, emotional, and cognitive traits of these active judges.

They will be screened for psychological conditions or characteristics that may compromise their ability to function effectively as independent and fair-minded individuals.

Through the psychological evaluation process, we can detect and screen out those with obvious antisocial tendencies and who are threats to public fairness because of their access to power in the courts.

Through the psychological evaluation process, we can screen out those with crooked tendencies or those whose grasp of reality is markedly materialistic and who suffer from professional idiocy.

Through the psychological testing process, we can detect those with good problem-solving skills, of average or above-average intelligence, and those who can act appropriately in very tempting situations, as well as those who are monetarily impulsive, sexually loose, drink heavily, medically/physically stressed or have problems managing their financial lives.

Through the psychological evaluation process, we can reveal those with indicators of dishonesty, moral omissions, and a sense of hostility, aggressiveness, dominance, or abusiveness.

This is the time to get election tribunal judges that will make decisions that are not contrary to the law and who will not find a way to be against the weight of evidence because of dirty money or cloudy gifts as the motivation for judicial partiality.

Of these 300 judges, we want those with a less corrupt mindset who will bring a less damaging environment and proclaim a right to a fair trial and judgment without fear or compromise.

Ethically compromised judges in these times could set the country on political, institutional, and social fire by declaring a loser a winner and a winner a loser. The prospect of complete democratic collapse is not remote if psychologically disturbed and immoral judges are allowed to pass judgment at the coming election tribunals.

In these historic election times that could lead to a new or rebuilt Nigeria, let’s use the psychological process in the form of a new sweeper or brush to clean up and improve on our chronic judicial challenges. Chief Justice of Nigeria, Mr. Ariwoola, I ask you this open question: who or what will safeguard our constitutional order if not the judges and the courts? You know the answer.