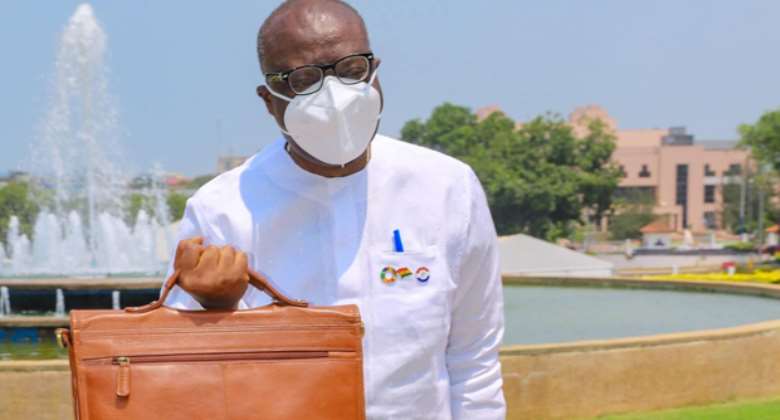 We have been hinted by the majority group leader in Parliament, Hon. Osei Kyei-Mensah-Bonsu, that the 2023 budget to be presented to Parliament will delay. Is he serious?

It is the law that the budget should be presented to parliament by the Finance Minister or his representative on behalf of the President on November 15, 2022.

Have we been told why it will be delayed? Are there no legal consequences to that? Has a law been broken? Can the President be impeached on that bases?

My problem now is that the reading of the budget is tied to the removal of the Finance Minister from office, so the more it is delayed, the longer Ghana will have Ken. Ofori-Atta as our Finance Minister.

So long as Ken Ofori-Atta remains in office, the more space he gets to cover his back, hide the money they have stolen, goes for more loans and make his Data Bank richer, whilst Ghana becomes poorer.

So when the 95 NPP MPS went to see the President over the removal of Ken Ofori-Atta, have we now seen why the president tied the removal to the reading of the budget and the end of the IMF negotiations? By the way, is it true that a Businessman went to the Jubilee House to “bribe” the 95 MPS? What is the name of that Businessman and is this not part of the work of the Special Prosecutor or the Attorney General to find out the name and intent of that Businessman? Why should Ghanaians be asking these questions? Is this not an obvious job for them to do?

If we allow Nana Addo and Ken Ofori-Atta to be the President and the Finance Minister respectively until December 2024, there would be no money left in the Treasury and the next government and Ghana will have to start all over again. This is why I am in full support of anything that will get them to resign before December 2024.

Hon Isaac Adongo, Dr. Ato Forson, John Jinapor and others have told us severally that this Finance Minister brings figures to Parliament that are completely different from the ones he takes to the IMF and the international community. Didn’t they tell us 75% or so of our debt to GDP was cooked? Hasn’t the IMF told us the ratio will hit 105% by the end of this year?

Ladies and gentlemen, if truly our debt to GDP hits 105% by December 2022, we will have no economy in 2023/24. Unless Nana Addo had resigned, Ken Ofori-Atta will still be our Finance Minister and only God will know our inflation rate, our cedi to the dollar rate, the price of Petrol and diesel, unemployment rate, the price of cement and rent, and hardships Ghanaians will have to endure. That is when you will know that “breaking the 8” was just a slogan.

I don't recall we ever changing a leader in the middle of a ...
42 minutes ago