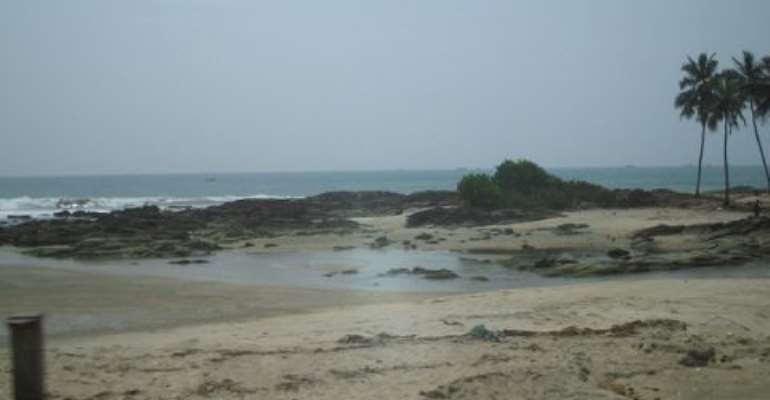 Washington - Scientists have found 200 "dead zones" in the world's oceans - places where pollution threatens fish, other marine life and the people who depend on them. The United Nations report Thursday showed a 34 percent jump in the number of such zones from just two years ago.

Pollution-fed algae, which deprives other living marine life of oxygen, is the cause of most of the world's dead zones that cover tens of thousands of square miles of waterways. Scientists chiefly blame fertilizer and other farm run-off, sewage and fossil-fuel burning.

Those contain an excess of nutrients, particularly phosphorous and nitrogen, that cause explosive blooms of tiny plants known as phytoplankton. When they die, they sink to the bottom, where they are eaten by bacteria that use up the oxygen in the water.

"The low levels of oxygen in the water make it difficult for fish, oysters and other marine creatures to survive as well as important habitats such as sea grass beds," U.N. officials said. "These areas are fast becoming major threats to fish stocks and thus to the people who depend upon fisheries for food and livelihoods."

By 2030, the world's rivers will pump 14 percent more nitrogen into seas and oceans than that found in the mid-1990s, according to new U.N. research released at a meeting in Beijing.

Researchers led by Robert Diaz, a marine scientist at Virginia's College of William and Mary, said they found new dead zones at the Archipelago Sea in Finland; Fosu Lagoon in Ghana; Pearl River estuary and Changjiang River in China; and Mersey River estuary in Britain.

Other new zones found were at the Elefsis Bay and Aegean Sea in Greece; Paracas Bay in Peru; Mondego River in Portugal; Montevideo Bay in Uruguay; and in the western Indian Ocean. The United Nations marine experts said the number and size of oxygen-deprived zones has grown each decade since the 1970s.

Not all the dead zones persist year-round; some return seasonally, depending on winds that bring nutrient-rich water to the surface.

"It seems like a big jump in two years," said Nancy Rabalais, executive director of the Louisiana Universities Marine Consortium, who was not part of the U.N. research. She said an important factor has been the huge increase in pollution from fast-developing countries.

Rabalais, who has studied the Gulf of Mexico's massive dead zone that is now the size of New Jersey, said marine creatures that swim fast enough can usually escape.

"The things that are left behind are the ones that usually can't survive," she said. When you consider the size of some of these areas, it's removing what's considered the essential habitat for fishes and crustaceans."

Other U.N. scientific findings released Thursday, however, raised hopes for the recovery of damaged coral reefs, which serve as the ocean's nurseries. It found that reefs bleached in the late 1990s by high surface sea temperatures are affected by how polluted the waters are.

"Coral reefs recovering faster are generally those living in marine protected areas and coastal waters where the levels of pollution, dredging and other kinds of human-induced disturbance are considered low," the U.N. said.