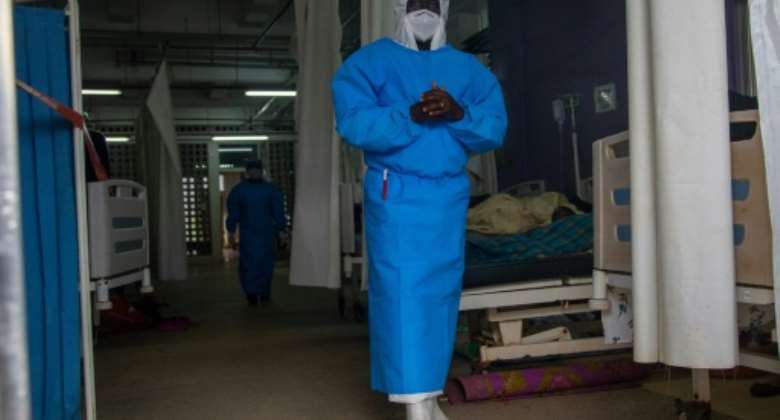 Ugandan President Yoweri Museveni on Friday reiterated his refusal to impose a nationwide Covid-like lockdown to contain the spread of Ebola despite a worrying increase in cases.

Since the health ministry first declared an Ebola outbreak in the central district of Mubende, the disease has spread across the East African nation, including to the capital Kampala.

But Museveni ruled out any plans for a nationwide lockdown, instead urging citizens to "be more vigilant" and observe measures put in place to control the spread of Ebola.

"There will be NO LOCKDOWN. Therefore, people should go ahead and concentrate on their work without any worry," he said on Twitter.

The death toll from the highly contagious disease currently stands at 49, according to the Ugandan government.

The World Health Organization (WHO) on Wednesday said the country had registered over 150 confirmed and probable cases, including 64 fatalities.

Ebola is spread through bodily fluids, with common symptoms being fever, vomiting, bleeding and diarrhoea.

The outbreak was declared on September 20, and eight days later Museveni declared any nationwide lockdown was "not necessary."

In October, however, he imposed a lockdown on two districts, Mubende and Kassanda, setting a dusk-to-dawn curfew, banning travel and closing markets, bars and churches for 21 days.

He also ordered the police to arrest anyone infected with Ebola who refused to isolate.

WHO on Wednesday warned that there was a high risk of Ebola spreading further and called on neighbouring countries to boost their preparedness.

The particular strain now circulating in Uganda is known as the Sudan Ebola virus, for which there is currently no vaccine, although there are several candidate vaccines heading towards clinical trials.