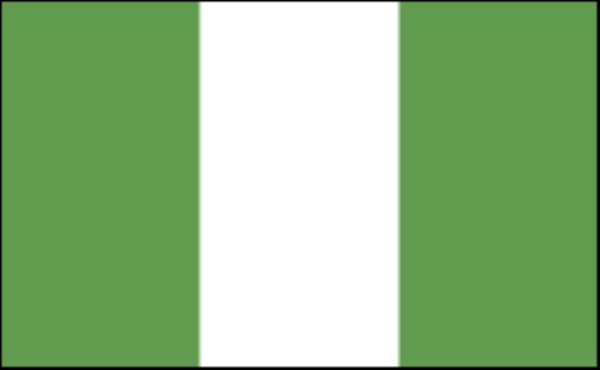 It has scarcely been denied in the cellular telephone business in Africa's most populous country, but last fortnight the Federal Government through the Nigerian Investment Promotion Commission awarded eight companies pioneer certificates to enable them enjoy tax holidays ranging from three to five years.
A tax holiday is a concession from paying taxes granted by governments to firms in identified special sectors to stimulate their growth.

The first two in the cellular phone business were set up by Mr. Richmond Aggrey, a reclusive Ghanaian resident in Swedru, Ghana, and Atlanta, USA, so low-keyed and self effacing that it was the board chairman of MTS First Wireless, General Wushishi, who picked up the award on his behalf.

Mr. Aggrey was traveling in Northern Nigeria, specifically in Kaduna, when the event took place. The Investment Centre said the commission had developed a scoring criteria to ensure objectivity and transparency in issuance of tax relief incentives to genuine companies, and these include value addition, employment generation, local content utilization and export potential of their activities and products.

An engineering alumnus of the Kwame Nkrumah University of Science and Technology (KNUST) in 1974, 'Aggrey of Africa' has been at the forefront of advocacy for support for innovation and funding for the sector, which he identified as the most important cash cow for the private sector and governments and is on record as pushing the Nigerian government that funding the telecommunications industry had become very critical, and that the Federal Government must intervene to improve access to funding if the current gains are to be sustained.

As guest speaker at a recent Dinner/Awards Night of Edo College Old Boys Association at the Lagos Sheraton Hotels and Towers, he said the current situation where most Nigerian banks relied only on non capital-intensive short-term projects did not augur well for the industry.

He said apart from this unpalatable situation, the local banks charge very high interest rates even when such funds are approved, while companies also encounter problems as the banks delay in releasing these funds to meet the business plan of telecom companies. This, he said, has delayed or even stopped some companies from implementing their licenses.

In a related development, The Daily Sun newspaper of Nigeria reported that subscribers on the First Wireless's Code Division Multiple Access (CDMA) 2000 1X network have urged the company to make their pre-paid recharge cards more accessible for easy purchase.

Some of the company's customers also want the company to expedite action on the building of their network coverage to reach the whole of Lagos State so that they could enjoy their talk.

In the same vein, some of the subscribers who spoke with Daily Sun have appealed to the management of the company to consider the introduction of free net call within the First Wireless network on weekends, as a form of customers' loyalty bonus.

Dele Fashomi, a journalist, who uses First Wireless tabletop terminal phone, commended the company for introducing the free monthly access regime, the first in the country. “MTS charges are considerate, especially with the removal of the monthly access fee.”

But he said the quality of their telephone terminals is suspect. “The battery of the box runs out very quickly. Therefore it must remain charged continuously, which may affect the life-span of the charger.” He also advised the company to make their recharge cards more accessible to their customers. “They should ensure that more vendors are engaged in the sale of their recharge cards.”

Another MTS subscriber who simply gave his name as Okoye said he is particularly delighted with the network's call clarity, but complained that its network coverage is poor.

“I want MTS to introduce free weekend net calls in order to encourage their subscribers to appeal to their friends and siblings to patronise the network so that they could enjoy free calls on weekends.”

Meanwhile, a consumer advocacy group, Telecommunications Services Consumers Organisation of Nigeria, TESCON, has voted MTS as the most affordable and most friendly telecommunications company in the country.

“Indeed, your roll-out packages seem to back up your declaration as they contain a basket of attractive features and incentives, which have instantly shot your network to the top of the list of subscriber-friendly networks in Nigeria,” the organisation said in a congratulatory message sent to the President and CEO of MTRS First Wireless, Engineer Richmond Aggrey, and signed by its President, Mr. John St. Claret Ezeani, a telecoms legal practitioner.