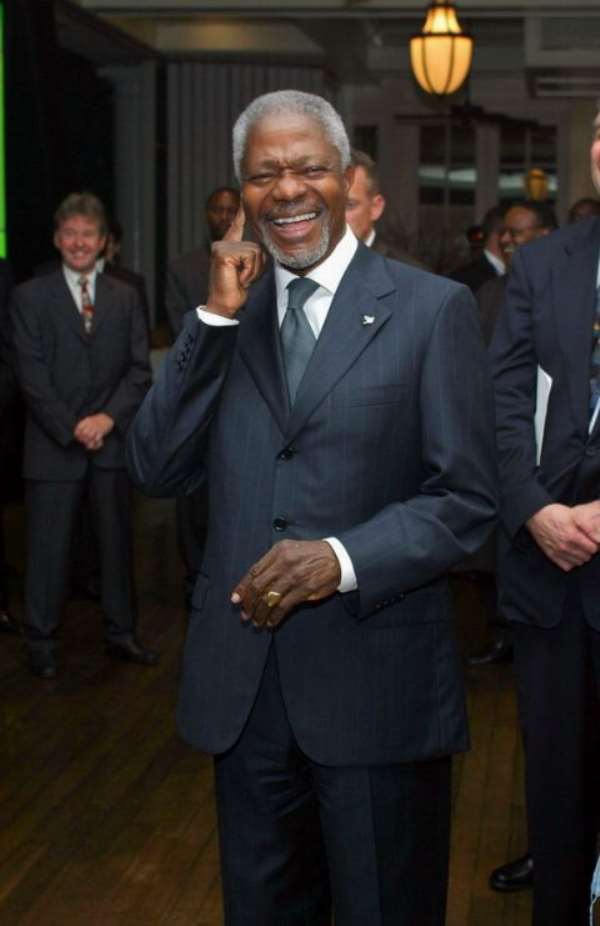 In Ghana, a campaign has begun to make outgoing UN Secretary General Kofi Annan an independent presidential candidate for the country's 2008 general elections. A recent survey by a private polling institute suggests that Annan would gain more than thirty per cent of the total votes if
..he agrees to take a shot at the presidency. But Vladimir Antwi-Danso, a lecturer on international relations at the University of Ghana Legon disagrees.

From the capital Accra, Antwi-Danso explains to a Voice of America (VOA) reporter why it's too early to consider Kofi Annan a presidential hopeful. “It will be politically unwise for him, I don't think the time is right, I do not think it is in his favor to come all the way from a high position of the highest international civil servant to become the President of Ghana. And I gave reasons; I gave the example of Pérez de Cuéllar.

I also reiterated that he has not shown that indication that he himself wants to be (President). Secondly he has not got classmates in the political terrain of Ghana right now. It would be suicidal for him to come home and disgrace himself.

So I just felt it is politically unwise for him to quickly go into the straight jacket of becoming the President of Ghana soon after becoming that very, very successful Secretary General of the United Nations. If anything, he should come, study the terrain, be a statesman, an advisor. You know, people will just rush to him for his wisdom, rather than rushing in to become the President. And if after being the statesman and endearing himself with the people of Ghana, then he may be asked for the mandate to become the President of Ghana,” he said.

Antwi-Danso also points out, ”Mr. Kofi Annan has not spent time in Ghana in any political circle, in any known circles. Which will make him know the terrain very well and know how to play Ghanaian politics. He may just flop and fail. And then the so-called experience that you are talking about will not seem to even be there at all, even though it is. So an experience in one area does not translate to an experience in another area,” he said.

Antwi-Danso says Annan should consider all options before going for the presidency. “I believe if he were my brother, and if a meet him personally, even if he had the thinking of becoming the President of Ghana now, I think I will ask him to have a second thought,” he said.

Ghanaian sources say the survey was carried out in July but has only been made public now, just as South Korean Foreign Minister Bang Ki-Moon is set to be endorsed formally as Annan's UN successor. The UN's soft-spoken top diplomat has not detailed his future plans but effusive praise is already flowing in Ghana.