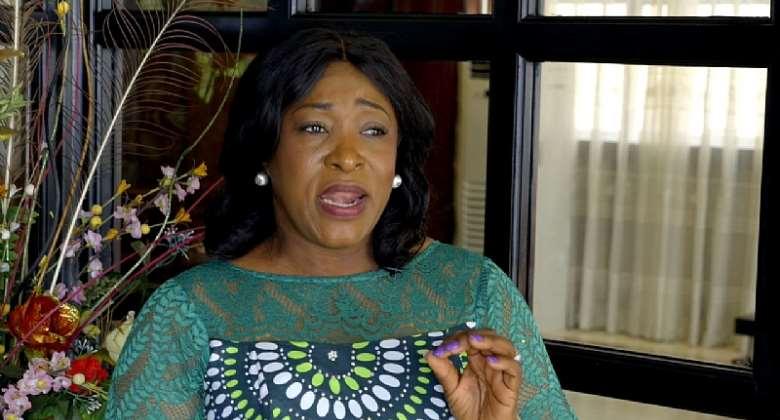 Minister for Foreign Affairs and Regional Integration, Shirley Ayorkor Botchwey has laid it bear that Ghana’s exit from current hardships will be a tough one.

Ghana just like many African countries is experiencing hardships never seen before due to the poor performance of the country’s economy.

Last Sunday when President Nana Addo Dankwa Akufo-Addo addressed the nation, he blamed the Covid-19 pandemic and the impact of the Russia-Ukraine war on the current economic crisis.

Sharing a similar view, Shirly Ayorkor Botchwey has indicated that Ghanaians must brace themselves for tougher times.

According to her, getting the Ghanaian economy back on track to robust growth will be a choice between the "devil and the deep blue sea."

"The road back to robust growth, which Ghana and a number of African countries experienced successively in the years before COVID-19 struck, is currently a choice between the devil and the deep blue sea. We have to either impose IMF-guided austerity, potentially leading to labour retrenchment and accompanying social instability, as witnessed in Argentina and elsewhere, or home-grown yet equally tough decisions to satisfy the markets and, hopefully, pave the way back to a functioning economy.

“The harsh sacrifices required, themselves, have become a source of instability and an invitation to malign actors,” the Minister for Foreign Affairs and Regional Integration shared in a statement as Ghana assumes the Presidency of the United Nations Security Council.

We Are Running Out of Time

I was told many years ago about a common refrain in newsrooms: “If it bleeds, it leads”. In other words, the bloodier an event, the more prominent its place in the newspaper or bulletin. I believe this axiom still holds true today. It explains why the catastrophic sights and sounds – the bleeding – in Ukraine is top of mind for the world. And justifiably so.

However, as Ghana assumes the Presidency of the United Nations Security Council in November, the world cannot afford to focus solely on events in Ukraine, its impact on the living conditions of people everywhere notwithstanding. We cannot forget that before the invasion of Ukraine, COVID-19 had exposed the lack of resilience of the economies in which the majority of the global population live. In fact, the war in Ukraine exacerbated the harsh effects of the downturn many countries were already experiencing, deepening poverty, unemployment and food insecurity.

We cannot forget either that the UN Security Council faced a leadership crisis in finding better ways to respond to threats to international peace and security, as the nature of those threats were, themselves, changing. Africa, for instance, has become the epicentre of terrorism. Meanwhile, in the countries where the UN maintains its signature peacekeeping missions, some of the host countries have chosen, instead, to engage third parties, sometimes in conflict with the operations of UN peacekeepers.

It is clear that the ways in which the Security Council approaches the mandate for international peace and security ought to change, if we are to have sustainable peace, which is a prerequisite for achieving the sustainable development goals (SDGs) by 2030. Right now we are running out of time in transforming the lives of people and saving our planet.

At the UN, Security Council reforms are often seen only in terms of expanding the permanent membership and power of veto to make the council more representative of all of the peoples of the world. Those reforms are important and necessary. But we believe that it is equally important to look at another area of reforms that would enable peace to serve the needs of ordinary people for resilience and a good quality of life.

In this we are inspired by the example of the second Secretary‐General of the UN, Dag Hammarskjold, who had an innovative approach to the possibilities of the UN and its Charter, and is credited with the introduction of peacekeeping. The bold act of adopting a General Assembly Resolution on 7 November, 1956, which launched the first peacekeeping operation in history, the UN Emergency Force in the Middle East (UNEF), at a time when it was urgently needed, should inspire us in our time to act equally boldly because circumstances have changed.

Like Hammarskjold, we must recognize that “the purposes of the Charter (are) fixed and binding, but the working methods of the Organization must be flexible and innovative”.

President Nana Addo Dankwa Akufo-Addo of Ghana and I are calling on the Council to consider that time has come for another departure from the norm as Hammarskjöld did when UNEF was established.

As my country, Ghana, prepares to preside over two high level debates of the Council, we want to focus, like a laser beam, on the security gap and the need for a new and innovative template for success. That template should take into account the factors that make peace keeping operations almost permanent, and why individuals and communities become susceptible to radicalization and recruitment as terrorists, driving the new face of threats to international peace and security.

In the Sahel and coastal West Africa, the countries that were the most successful in reaching striking distance of the SDGs, especially on poverty reduction and education, now find themselves struggling, as poorer countries rather shoulder the worst impacts of the COVID-19 pandemic, Climate Change and conflict in Europe. High fiscal deficits, escalating debt and downturns in economic activity are pushing us out of the bond markets at a time when inequality soars and unemployment and underemployment of millions is turning frustration into hopelessness. Increasingly, even some among the middle classes in Africa and other developing countries are beginning to lose faith in the democratic systems they fought so hard to establish.

The road back to robust growth, which Ghana and a number of African countries experienced successively in the years before COVID-19 struck, is currently a choice between the devil and the deep blue sea. We have to either impose IMF-guided austerity, potentially leading to labour retrenchment and accompanying social instability, as witnessed in Argentina and elsewhere, or home-grown yet equally tough decisions to satisfy the markets and, hopefully, pave the way back to a functioning economy. The harsh sacrifices required, themselves, have become a source of instability and an invitation to malign actors.

In the Sahel, climate-induced insecurity, poverty, high illiteracy rates and education that neither teaches skills nor a culture of peace and non-violence (SDG Target 4.7), youth unemployment and the absence of the State in large swathes of territory have created the environment in which terrorists thrive and undermine the effectiveness of the kinetic military operations to root them out.

It is clear that the critical need to fill the security gap brought on by economic and other root causes of conflict should be a priority for the promotion and maintenance of international peace and security. Secretary-General Antonio Guterres has been insistent on the need for funding the entire peace continuum, including increasing resources for programmatic financing, and for a mechanism for fighting terrorism in Africa.

The Council can no longer turn a blind eye to the accumulating evidence before us. That means ensuring that UN Security Council-mandated peace support missions or counter terrorism have a balanced approach to both the military and civil components, with as much resources devoted to building community resilience, access to good quality education and training, and mitigating climate impacts and reclaiming land and water bodies on which communities depend.

It means standing with other organs of the UN to advocate for a new model of development cooperation that reinforces the capacity of developing countries to deepen their development resilience. I know that these may not make for easy headlines but we must bring attention to, and act on, them as a matter of preventive urgency.

It is time for bold thinking and bolder action or we shall simply run out for time, leaving us with neither peace nor development – except bloodier headlines.

Being an MP is serious business; the responsibility of a Min...
48 minutes ago