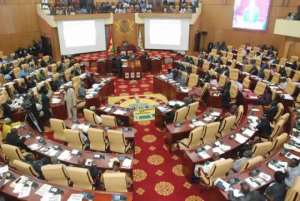 Ghana's political discourse, for both the ruling and opposition parties, consists mostly of three elements. These are the tactics that political parties use to make a comeback or unseat the incumbent. A careful examination of these components reveals a syndicated political system where the playing field is always levelled in favour of the most vengeful person. The components are malicious propaganda, evil intent, and cogent speculations.

It seems like the opposition parties in Ghana only know how to present lies as fact by portraying them as such. Propaganda has frequently dominated political discourse, particularly during election years. It's done by twisting the truth, naming people, and, to some extent, vilifying personalities to make them unattractive. For instance, politicians may use the phrase "if you are not called John, you never become president". It's intriguing yet depressing for a nation with a higher literacy rate. In addition to propaganda, wishing a government to fail is also strongly related. An opposition party will never have the chance to take office if the current president succeeds. The best course of action, however, is to undermine all government initiatives and help the government regress inadvertently.

Again, excessive speculation is now becoming popular as a means of achieving political power. With the emergence of social media, citizen journalists have abused the media landscape under the pretext of free expression, further polarizing the political landscape. Unfortunately, without adequate checks, incorrect information spread more quickly than a bushfire in the harmattan. The opposition party has mostly profited from the flaw and is making predictions about inflation, the value of the dollar, and even market prices using it. The recent speculations are unpleasant, and they can get worse in the future.

Unfortunately, these are precisely the things that politicians relentlessly rely on to win elections; without them, our democracy would have been in a stronger position and Ghana's progress would have advanced significantly. If we don't alter the way Ghanaian politics are conducted, the country's progress could be further sunk into tragic future instances of stagnation and backwardness. The only way we can use our democracy to promote development is if political parties invest a significant amount of their time and resources in conducting research and creating a workable developmental agenda that could alter our developmental narrative. Unfortunately, Ghana currently relies on propaganda, ill intent, and speculative ideas rather than any superior concepts or alternatives.