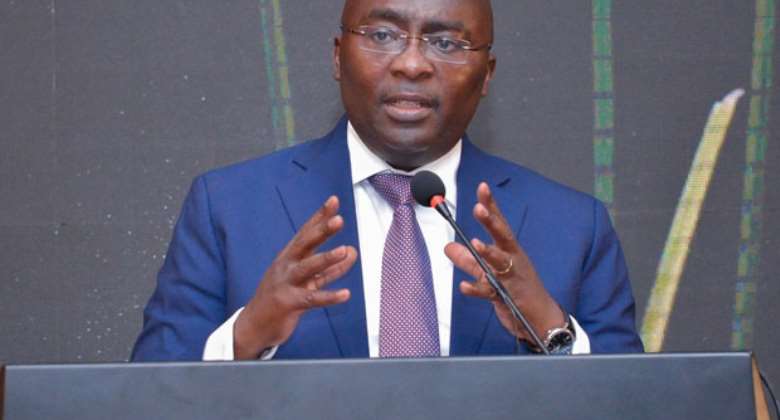 Alhaji, spare a moment and read this epistle because that is the only way I can communicate to you. I am writing from the Zongo where we don't fear police. In fact, I am born, bred and trained in the Zongo where determination, hard work and courage are our watchwords. As a fellow Zongo boy, I know you are made of sterner stuff despite your innocent and charming, captivating infectious smiles. In your case, you have an added advantage of being well educated, intense with intellectual bent, witty, versatile and cosmopolitan. Undoubtedly, you came a long way to become what you are today.

Your Excellency, I want to begin with a popular Greek saying which I think is pertinent to today's economic situation: “The sea gets sick but it never dies”. If you haven't given history enough attention, start doing so today. Also realise that you are in a pivotal time in history, and see it as a challenge as well as an opportunity. Today, you stand at the threshold of history, never yield to force; never yield to apparently overwhelming might of the enemies with their wicked and mischievous agenda. In order not to be disturbed by the cacophonous noises of your detractors, strike your mental delete button and concentrate on your efforts to salvage the economy. Close your ears to the rented press and their paid half-baked journalists who have all too soon become students of Adam Smith when in fact, they know absolutely nothing about economics. Winners see problems as just another way of proving themselves. If you don't have problems, then you don't have a job. Problems come with the territory of any endeavor, so it is good to know how to deal with the inevitable. If the sun rises and the sun sets, there will be problems to deal with. I know people who see problem as a game to be won and I also know people who see problem as a burden. The latter give themselves another problem to deal with by thinking so much on the problem instead of finding solutions to their problem.

In all aspects of life, one must always avoid the gravitational pull of dispensable weight. The wise man knows that he cannot prove his merit on quiet waters. That is why good managers don't just toss off problems and don't dwell on them either. They deal with them! Who ever thought of a pandemic called Coronavirus as we were trudging on towards the Eldorado? It came like a thunderbolt and the whole world's economy came tumbling down. In other jurisdictions, workers were laid off and factories closed down. Even the developed countries were not spared as the pandemic ravaged the universe. Human beings died like flies and death refused to go on holiday. The truth is that the Economic Management Team which you led was able to hold the bull by the horns. In the face of this deadly pandemic, your government never reneged or falted in the execution of projects and other social interventions. Those who don't seem to understand the reality are just hypocrites who want to capitalise on the calamity that has befallen Ghana for their own political interest. God is watching.

Sadly, a greater number of Ghanaians seem to have forgetten the travails we went through when the pandemic did strike. The lockdown, the closing of borders, the compulsory wearing of masks, the constant use of hand sanitisers and the washing of hands with soap and running water, among other protocols, have all become things of the past. When former President John Mahama said Ghanaians are shortsighted and forgetful, I was among those who took him to the cleaners. I thought then that he had insulted the sensibility of Ghanaians. Permit me to render an unqualified apology to the accomplished loser who wants to come back to power on the wings of the pains that the country is going through as a result of the impact of the Coronavirus and the war in Ukraine. The sages say no matter how much you dislike the pig; you must give it credit for its prowess in love-making. Mr. Mahama was right. Indeed, Ghanaians are forgetful and shortsighted!

Alhaji, always remember that when you get to the top, another wave will no doubt pound you again. Surviving such a second pound of the wave is the mark of a man. Just when we were about to uncoil ourselves from the grip of the Coronavirus pandemic, the senseless Ukraine/Russia war came knocking on our doors. At times like this, silence is golden while you endeavor to calm the trouble waters. And you are doing exactly that to the joy of some of us who believe you can steer the ship of state safely ashore. We continue to pray for you since the battle is still the Lord's. Don't fight the current. Let it have its way with you. Don't question your ability to survive since you have trained and prepared yourself all these years for moments like this. Show Ghanaians the resolve of an economic whiz-kid that you are. Don't yield to the insults of agent provocateurs of our time. They are simply vexation to the spirit. It is only the foolish man who thinks all will be rosy for him in this world of changing opportunities.

It was Jack Dempsey, the former heavyweight champion of the world who said: ”A champion is someone who gets up when he can't”. Get on the good foot and remember you do better when you choose to ignore your critics than when you pay attention to them. There is a job to be done and you must not allow yourself to be distracted. Cut through all the nonsense quickly and get to the core of things. See how your detractors jubilate anytime the dollar springs high against the cedi when they know very well that it is not your making. They know the truth but simply refuse to think or even read. Focus on what your boss, President Akufo Addo has been telling Ghanaians: “This too shall pass”.

Today, we face a new and sudden national challenge. We will support you to surmount the challenges. Yes, indeed, there are struggles ahead. We will define our times, but not be defined by a mad man called Putin. In all that lies before us, may God grant you wisdom and may He watch over you as you lead the onslaught in this economic war.