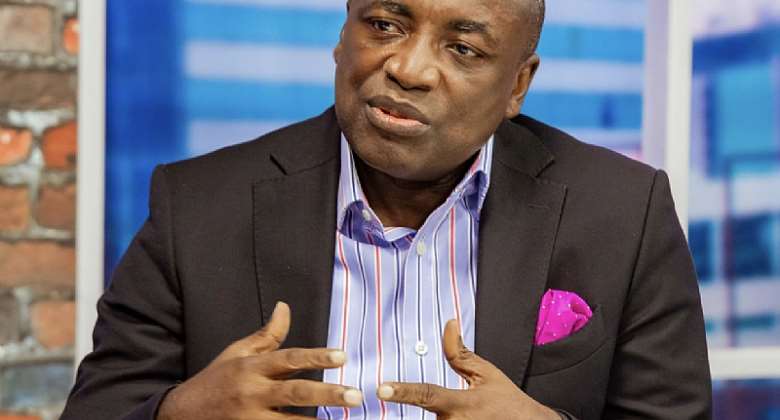 Kwabena Agyapong. Former Press Secretary to former President John Agyekum Kufuor has said the woes of Ghana can be transformed within two years if he assumes the highest position as President.

He said with his track record as a former General Secretary of the incumbent NPP and his politics of service, sacrifice and selflessness, Ghana can be the gateway to Africa.

He added that during his term as a press secretary, he never amassed wealth at the expense of the destitute, impoverished and vulnerable.

Mr Agyapong with a strong presidential ambition said, unlike the political sweet talkers, he will put into action every word of his without fear or favour.

He said considering the population of Ghana, only 19 ministers,19 deputy ministers in addition to 16 regional ministers will be adequate to steer the nation towards progress and development.

Mr Agyapong stressed that his government will hire competent Ghanaians regardless of their political orientation, however, he will not hesitate to fire anyone who ill performs.

On the economy, Mr Agyapong indicated that he has nothing personal against Ken Ofori-Atta, however he strongly believes the Finance Minister must be relieved of his post.

On galamsey, Kwabena Agyapong said, his government will tackle the menace from the source. He noted that surveillance will be mounted high on the country's borders and harbours.

Mr Agyapong added that even though he was ostracized from his own party and has now been exonerated, NPP is still in his blood.

On speculations of a possible uprising in Ghana, Mr Agyepong indicated that the coup in 1979 and 1981 which caused the infamous abduction and murder of his father, Lawyer Kwadwo Adjei Agyapong must never repeat itself. He intimated that democracy is about counting heads not cutting heads.

Mr Agyapong is on a tour in the United Kingdom and America in his bid to become the next President of Ghana.

Being an MP is serious business; the responsibility of a Min...
25 minutes ago