NPP is very arrogant, they will be kicked into opposition to learn humility — Felix Kwakye Ofosu 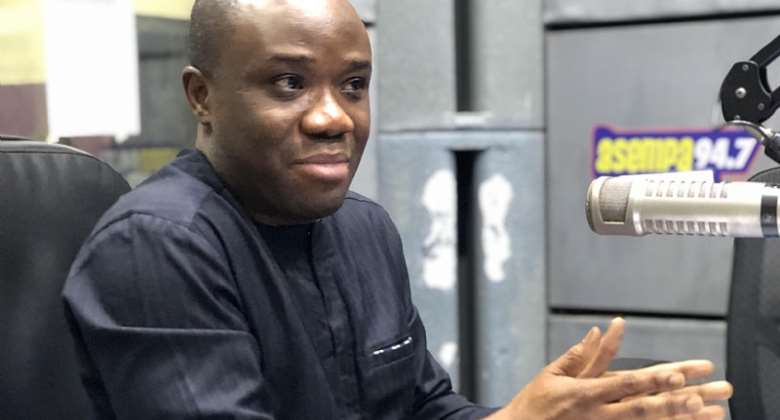 Mr. Kwakye Ofosu noted that, despite the current economic woes, government is still playing blame games rather than accepting responsibility.

According to him, the government has shown no signs of delivering the people from the quagmire.

“It is a bit disappointing that they (NPP government) remain obstinate and have not shown any inclination towards addressing the problems we face,” he said.

The former Deputy Minister has asked the ruling party to pick suggestions from former President Mahama's speech on the state of the economy.

He emphasised that if the NPP maintains its arrogance and refuses to implement the policies outlined in Mr. Mahama's speech, Ghanaians cannot wait to send them to the opposition, where they may be humbled to learn.

“Any objective-minded Ghanaian who listened to the former President on Thursday would admit that he spoke to the issues in a manner that they should be spoken to.”

“I am certain that if they do not listen to the wise prescription as put out by President Mahama, it is only a matter of time before the people boot them out at the earliest opportunity and then they will learn in humility in opposition,” he said.

Among several measures, the former President charged the ruling government to put on hold all non-essential projects for the sake of the struggling Ghanaian economy.

He stressed that non-essential projects such as the National Cathedral, the 116 million euro new Accra International Conference Centre, and the Construction of New Embassy buildings for new Missions abroad must be suspended for now.

He insists that if the National Cathedral must be built, it must be done with private funds.

"The public funding of the National Cathedral particularly at this time must stop. Being a Christian myself and deeply appreciative of the centrality of God in national affairs, I agree with most Ghanaians who believe that the project cannot constitute a top priority of government at this time, warranting further injection of scarce public funds.

The 2020 presidential candidate of the opposition NDC was delivering an address to the nation, dubbed, “Building the Ghana we want” at the UPSA auditorium on Thursday, October 27, when he shared these proposals.

Despite sharing in the idea that the Ghanaian economy reaching its worst state, the former President is also confident that things can get better.

John Dramani Mahama also used the opportunity to call on Ghanaians to have hope and support the government.

"Together we can save Ghana and build the Ghana we want regardless of how bad the situation is. I still have hope that we can turn things around. Wholeheartedly, I believe in the resilience of our people," ex-President Mahama stressed.