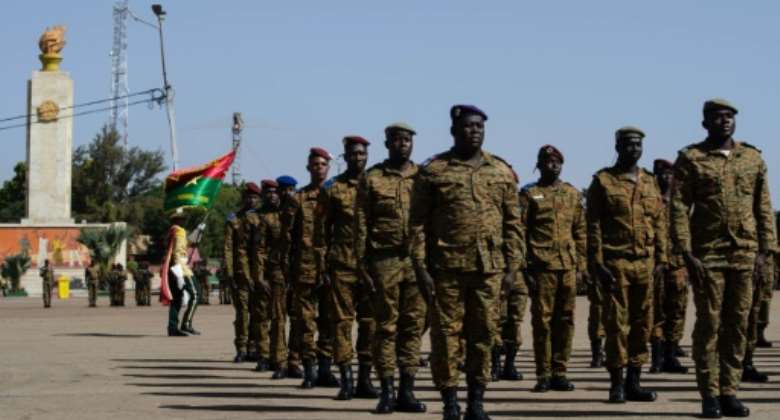 One of the poorest and most volatile countries in the world, Burkina Faso is struggling with a jihadist offensive. By Martin Demay (AFP)

Burkina Faso's defence minister on Tuesday declared the country was fighting for "survival" in its seven-year-old battle with jihadists as he urged the public to throw itself into the campaign.

"If, for a long time, the fight against terrorism has been seen as a combat pertaining only to the defence and security forces, it is time to change that view and strengthen the effectiveness of public support for the fighting forces," said Defence Minister Kassoum Coulibaly.

"Every citizen should be aware that this is essentially a war in which our common destiny is at stake, meaning the survival of our nation," Colonel Coulibaly said at ceremonies to mark the armed forces' 62nd anniversary.

He called on citizens "to commit themselves" to fighting "armed terrorist groups".

One of the poorest and most volatile countries in the world, the landlocked Sahel state is struggling with a jihadist offensive launched from neighbouring Mali in 2015.

Thousands of soldiers, police officers and civilians have been killed, around two million people in a population of some 21 million have fled their homes and more than a third of the country is outside government control.

Disgruntled army officers have carried out two coups this year in a show of anger at failures to roll back the insurgency.

Last Wednesday, the authorities launched a drive to recruit 50,000 members of a civilian auxiliary force, the Volunteers for the Defence of the Fatherland (VDP).

The force, set up in December 2019, comprises civilian volunteers who are given two weeks' military training and then work alongside the army, typically carrying out surveillance, information-gathering or escort duties.

But they have borne the brunt of many attacks against the armed forces, in the form of ambushes or improvised explosive devices (IEDs).

Damiba in January had led a group of officers to topple the country's last elected president, Roch Marc Christian Kabore.