Africans Reject Great Building Material, So Bad Ones Suffer and Kill Many? 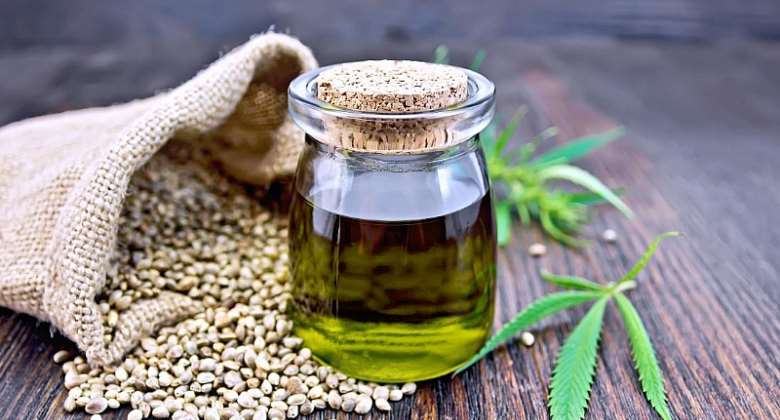 Humidity is affecting countless Africans through mood, productivity, sickness, and eventually kill some prematurely. Even in Countries with great dry heat, like the Gambia, many choose terrible building material that contributes to humidity and turn the houses to hell. In the day time, many complain it as 'heat' instead of humidity, some run to the shades of trees, but how about night time and indoor working hours? Some blame lack of electricity, but the problem started with lack of good planning. The number one culprit is usually corrugated roof, but lack of enough windows and cement blocks are contributing factors. Beside humidity, Mold is an increasing problem in African building and hardly discussed. With hemp bricks, Africans can enjoy less humidity and Mold By Rejecting Cannabis, they indirectly reject Hemp bricks, hemp plastic, and others that could have helped in more habitable homes.

Journalists, governments, and builders should be advising the people, but sometimes they do not even know better. They have 'an excuse against every solution' and their mistakes. Builders are often too focused on beauty than functionality, so they offer their uninformed customers 'nice plans' with Corrugate before discussing affordability of concrete rooftop, fiberglass, hemp plastic, coated hemp pressed wood, etc? Where a customer choose corrugate, a caring professional should still advise truthfully and let them decide. Two of my fairly wealthy neighbors are building big houses with corrugate and they cannot claim lack of money as excuse. Since they are highly 'educated' and choose 'professional' builders, then they may question my qualification to advise. Even the much poorer ones may choose better if they truly understood the adverse effects of humidity and Mold

I happen to be an ardent sunlight lover, but even my type suffer In humid houses. Once your mood is negatively affected, you may lack enough good sleep and that can affect your productivity in the daytime. Bad mood may extend to even abusing others. With TV , the elderly, and unemployed ones, they will spend more time in such humid houses, even daytime and be labelled 'lazy' or sickly? Whereas some people are lazy, some are made lazy through ways they are yet to fully understand. Our health and productivity concerned officials can easily research to confirm the humidity level in corrugated houses are often much higher, and explain to the public how considering building a smaller house, shifting tiling+ budget, choosing better alternatives on roofing+, etc can mean happier life or you may borrow to pay health bills. The difference in cost must be weighed against your mood, productivity, etc to warrant spending more or fight for worldwide hemp legalisation. A home should be highly habitable, so plan it well, even where authorities failed to regulate or advise. You and your family will be living there, not the authorities or unreliable electricity suppliers. The Richest and top authorities may have Air conditioners and generators against the planet, but ignoring the poor may come after you.

I will not suggest banning corrugated sheets, because humidity can help in limited areas, like indoor farming of some plants. You just have to tax it higher and use that money to educate and partially cover health cost until people accept better alternatives like hemp.

Hemp bricks are known for fire resistance and how many Africans suffer or die through home fires? Blame the anti cannabis folks, but some of the victims may be under karma? Hemp plastic is already a reality In building cars and other materials, so using hemp roofing is very viable, especially with Worldwide legalisation to reduce the cost and broaden the research and products availability. The u.s ordered hemp bricks and other hemp products for years before legalising hemp, so rich informed Africans may indifferently order different forms of hemp products and refuse to directly fight for legalisation for the poor? Such will still help convince others. Mold detection is often at advanced stages, so we should build with Mold resisting materials and have periodic checks.

Consider replacing your corrugated roofs and make every effort to avoid building new homes with such roofs. Even where you cannot afford strong material for most functional rooftop, settle for something more health friendly and upgrade when time permits. Millions may be able to resist humidity, but shifting to help millions to live more comfortably and be more productive will help all of us. Owning a hemp house and many other hemp products is nicer than writing about the need to legalise it. May God help us realize enough for ourselves and help others. May God bless us with Showlove Trinity: Let's learn, let's work, let's have fun.

Truth cannot be suppressed forever, but even the truthful are not equally truthful or ready to confront lies, cruelty, fear, greed, and arrogance with the same vigor. The authorities have their fair share of the blame, but many journalists and even ordinary citizens may be guiltier than they assume. Associating Cannabis with the devil, rather than the Kind Lord is very scary. Even Regular cannabis is far above the alcohol we legalised, but what is their excuse on hemp and which ones of the benefits will convinced who versus who? Reason of acceptance or rejection matter before the Lord.

We have seen how CBD oil helped many sick folks, so they now allow imported CBD oil through out Africa. The rich politicians, including opposition leaders, the fairly rich journalists, and who is consuming it, while we deny the poor farmers the option to produce it. We know many poor and sick Africans cannot buy such western products, so we allowed it for the rich? We are good to consume, support others, but not produce it? We have seen hemp cosmetics in our markets and those are often reasonable for the average poor, but still denied certain level of production?

When a journalist knows or refuses to research how hemp seeds may help poor folks, including children, on affordable full protein and others, then failed to push as his or her neighbors' children are unnecessarily dying through avoidable malnutrition, then God is recording. When a citizen who vehemently opposes the legalisation of even hemp happens to be a fire victim, a journalist may cover it with empathy, faults slow fire fighters or politicians, but why would s/he skip suggesting 'hemp buildings' will reduce fire disasters to save us billions and how many lives? Ch.55 repeatedly asks , 'which one of the signs/blessings of your Lord will you deny'? Hemp reduces the need for fertilizer, revitalizes the soil, and other benefits. If 50 to 90 percent of your country or continent cannot name ten things we can use hemp for, then journalists and who are to blame? Some of them will claim the reckless builders, reckless electricians, indifferent politicians, etc were all predestined? What is more evidently predestined is hemp bricks resist fire... So when a detail book of God links your choice or fear+ to numerous questionable deaths, suffering, etc because you wished or spoken against cannabis beyond mizghalazaratin (atom's weight), then you may understand not just the authorities are guilty. Beyond wishes, your position (route) means denying or delaying millions habitable homes, millions to access healthier diet, etc. and are you ready to owe millions on judgement day or repent and help millions with choice, not imposing? Ch.85:10: 'those who persecute/prosecute believing men and women [over hemp or xyz] and refuse to repent, for such is hell...' You can claim those who want hemp houses are not believers, but humility demands you have patience on uncertain things and personal sins. Ch. 67 says the people of hell refuse to use their eyes, ears, minds, etc. our Follower type politicians are waiting on local public demand or western pressure to legalize Cannabis. This precisely means public education in different forms is needed. Some need just enough words from respectable voices, while some will have to see to believe. So building Worldwide Futuristic Vegan Fast Food Restaurants or xyz with hemp can significantly help. God is already helping many around the world, so under which curse are we largely denied Hemp Farming and other productions? May He bless the willing among us lot more and most people will eventually subdue and let God police his Plants and other blessings.

Some containers of Hemp bricks from the u.s, China, or xyz to the Gambia or xyz is feasible, but as a mission statement? You need some courageous journalists or politicians to believe some people can learn to help themselves or humbly admit God did not made a mistake and capable of policing beyond hemp.

Our grand parents were not denied hemp, but lacked the knowledge to be creative with it. Our fathers were lied to by mainly the u.s, under Richard Nixon, so they fought against cannabis, in ignorance. The present youths of Africa must demand legalisation and educate our parents where need be. People fought in u.s and Canada to subdue the cruel politicians. Majority should not arrogantly deny minority their dues, especially direct God's blessing. We can pray to God to help us, but we must resist the evil or mistaken ones who want to deny us meaningful aspects of God's blessing. Living in a comfortable hemp house is not forbidden by God, only the questionable politicians and arrogant citizens are placing hurdles before you and I. It is the Lord of plants and knowledge that facilitates the turning of plants to houses, plants to tasty meat and seafood, plants to better fuel than fossil fuel, etc. The word Jannah is often translated as heaven, but it literally means Garden, hinting the blessings of plants. Hemp house is indeed heavenly and trying to deny it to poor people is satanist. You can claim you wish them well, but your 'how' is closer to cowardly and arrogant denials, but your respite against innocent souls is limited. God has largely conquered the devils in the u.s, at least on hemp, and may He swiftly conquer the rest of the world beyond hemp.

Since there are no killings in heaven, plant based meat seems most befitting to the verses people misinterpret to justify killing of animals in our age. 'He allows Whom He wills in to his Gardens', but also said 'race to the blessings and forgiveness of your Lord' . "Race" is like an order or hint. Ch.91 also says, 'raise your conscience to be successful', and see it as order or hint. Every humble one of us thank God for what we are allowed in the world of Gardens and striving for higher, even on earth. The earthly version may not be eternal, but still a highly appreciated blessing. Love demands invitation through ch.103. May God bless us and allow us into higher blessings in the world of Cannabis, vegan lifestyle, and beyond.