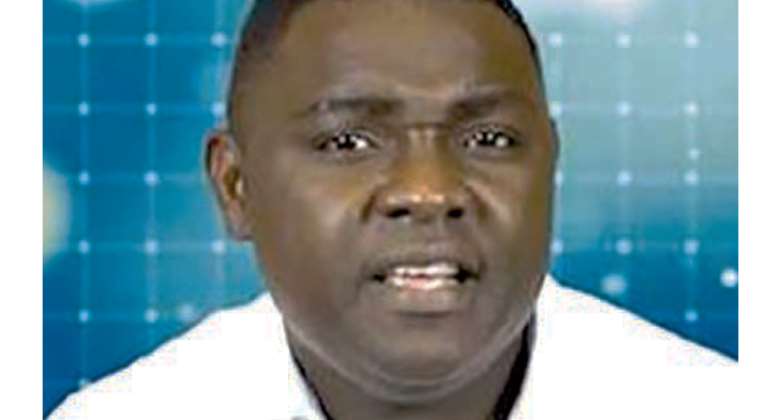 Activist journalist Kevin Taylor sits on social media emotionally speaking against a coup in Ghana as it would favor President Nana Akuffo-Addo. It is so sad to hear that even the journalists in Ghana are confused and not of clear mind. Meanwhile, even my German students laugh and cry about Ghanaians not wanting to learn.

1.) All leaders of Ghana like JD Mahama, Nana Akuffo-Addo, Ministers, Party leaders, and their friends and relatives hold the bigger portion of stolen money outside Ghana.

2.) A coup is either a spontaneous event or well detailed and strictly executed plan with many Military officers high ranking and lower ranks included (kindly refer to the 1944 assassination attempt on Adolf Hitler and the preparations well done beforehand).

3.) Leaders that the nation wants to be held accountable can be prevented from leaving the territory by closing the border with mass arrests (refer to Roehm Putsch in 1934 by Adolf Hitler).

4.) A spontaneous coup favors the current president only when the Military has no plan for the future.

5.) Late German Chancellor Helmut Kohl was overturned by Angela Merkel of his party, the UK Premier Minister Boris Johnson by his MPs, Liz Truss by her MPs, and Rishi Sunack...never by the opposition during the term of parliament.

6.) If Nana Akuffo- Addo will survive in office until the next general election in 2024 his NPP MPs will know today that they will lose most of their seats giving NDC an overwhelming great majority of seats.

7.) A great strong party in an African parliament will grab the bull by the horn and see a democratic backing of looting the nation that is down on its knees begging the savior for help unaware of the consequences behind the scenes. To replace an old rotten apple with a younger lesser rotten apple still is unhealthy eating.

Conclusion: in Ghana, no voice of wisdom is to be found but the mystery circle of self-harm is spinning and spinning around. Only a detailed vision and detailed plan for Ghana ahead of many generations can bring salvation not the 1992 Constitution with all its mistakes and the same old people shaking hands behind the scenes while confusing and charming even the minds of activist journalists. What is making a nation sick to its roots means by its roots must be eliminated from the nation.