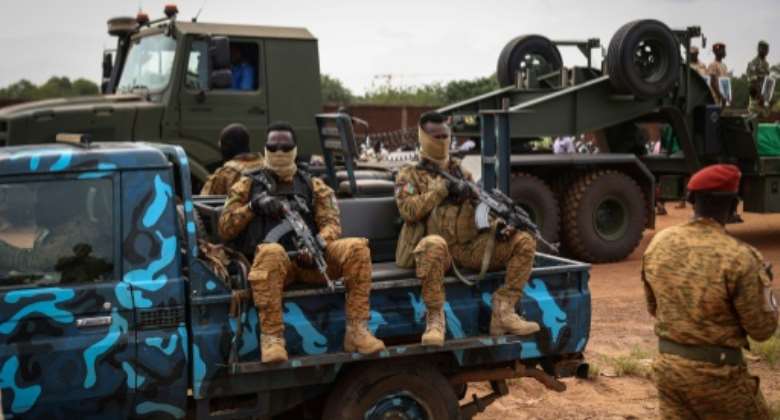 Four members of the defence forces were also wounded in Saturday's attack along the road linking Fada N'Gourma with Natiaboani, one of the sources said.

"Reinforcements have been deployed to secure the zone and carry out a search," a second source added, confirming the casualty toll. The unit that came under fire had been sent to relieve a detachment from Natiaboani.

The ambush comes after the powerful Support Group for Islam and Muslims (GSIM), which is linked to Al-Qaeda, claimed Friday it carried out an attack on a military base in Djibo, a major northern town that has been under a jihadist blockade for three months.

The army said at least 10 soldiers died and 50 were wounded in that "terrorist" assault on the 14th regiment on Monday.

The army added it killed 18 "terrorists" in mopping-up operations.

GSIM also claimed responsibility for an attack on a supply convoy heading for Djibo on September 26 that left 37 dead -- 27 of them soldiers. Dozens of truck drivers are still missing.

He became interim president on October 21, vowing to win back territory from jihadists.

It was Burkina's second coup in eight months, driven by a seven-year insurgency that has claimed thousands of lives and driven nearly two million people from their homes.

The new government on Wednesday declared securing the Sahel state's territory would be top priority.

More than a third of national territory remains outside government control.

The authorities also launched a drive to recruit 50,000 civilian defence volunteers to back up the army as the number of attacks increases.

A UN envoy warned this week that 4.9 million people, or a fifth of Burkina's population, need urgent aid as many "mothers were forced to feed their children with leaves and salt".