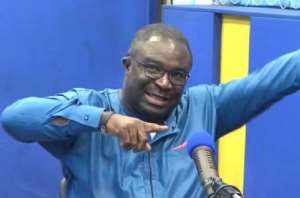 Member of Parliament (MP) for Subin Constituency, Hon. Eugene Boakye Antwi has stressed that Ken Ofori-Atta must no longer be allowed to continue as Finance Minister.

According to him, Ghana is a democratic country and should not be run like a family affair.

Speaking to Asempa FM in an interview on Tuesday on the ‘Ekosii sen’ programme, the Subin MP who is unhappy about the economic challenges wants Finance Minister Ken Ofori-Atta sacked saying, “We're running a democracy and not a family dynasty.”

He explained that the 80 Majority Members of Parliament have nothing against the President or the Finance Minister but only want to save Ghana and the New Patriotic Party (NPP) government.

“My principle is that I don't speak ill of fellow party members. I don't want to stretch Ken Ofori-Atta's issues.

“We are not against President Akufo-Addo nor Ken Ofori-Atta. We're fighting to save Ghana and the NPP.

“I have been loyal to President Akufo-Addo for 20 years and have nothing against him. We want Ken Ofori-Atta sacked,” Hon. Eugene Boakye Antwi said.

The Subin MP further noted that he is ready to put his parliamentary seat on the line and does not care if pushing for the sacking of the Finance Minister will cost him his seat.

The concerned Majority MPs have warned that if President Akufo-Addo fails to fire Ken Ofori-Atta, they will be forced to boycott the 2023 budget hearing and all other government business in the House.

Meanwhile, the Minority in Parliament has filed a motion of censure to have the Finance Minister removed.