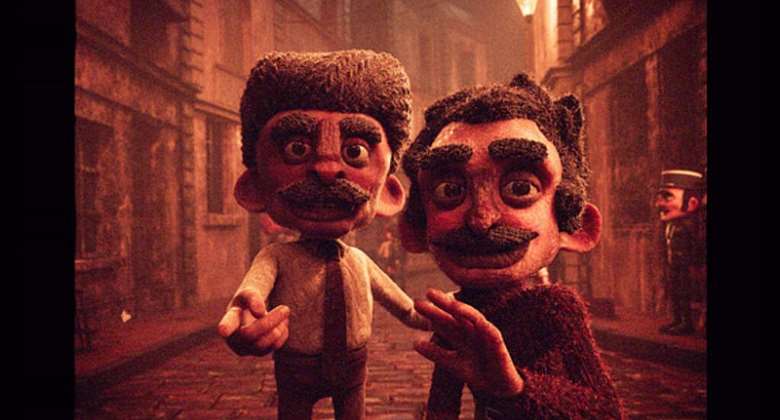 A French animation film about the murderous police crackdown on protests by Algerians in 1960s Paris was among the winners of the Student Academy Awards held on Thursday in Los Angeles.

The tragic real-life events at the heart of animation film "The Seine's Tears" were covered up for decades by French authorities.

On the night of 17 October 1961, at the height of the war of independence against France, hundreds of Algerians took to the streets of Paris at the call of the National Liberation Front (FLN). The protestors were unarmed but were in breach of a dusk-to-dawn curfew imposed on those of Algerian origin.

Attempts by the police, directed by Maurice Papon, to end the demonstration led to clashes, finally to a series of violent baton-charges and the use of live ammunition by the forces of law and order.

The bodies of many of the dead were thrown into the River Seine.

The precise number of victims has never been established. Some activists fear several hundred could have been killed. Historians evoke figures of between 38 and 98 dead. At least one hundred protestors remain unaccounted for.

Marking the 60th anniversary of the Algerian protests last October, President Emmanuel Macron told relatives of victims that "crimes" had been committed on the orders of notorious Paris police chief Maurice Papon.

The French leader acknowledged that several dozen protesters had been killed, "their bodies thrown into the River Seine". He paid tribute to their memory.

Macron condemned the violence as "inexcusable".

60th anniversary of the Evian peace accords between France and Algeria

Shine a light on a dark corner of history

"We wanted to make this film to shine a light on an event way too unknown in France, even though it is part of our history," said Yanis Belaid, Eliott Benard and Nicolas Mayeur, the filmmakers behind "The Seine's Tears".

"We would be glad if it makes people want to discover more about what happened, and to show our way to see the future without forgetting history," they said, ahead of receiving a bronze prize at the annual ceremony held by the Oscar-awarding Student Academy on Thursday.

The Student Academy Awards are a key element of the Hollywood film industry's top body, the Academy of Motion Picture Arts and Sciences.

Past student winners have included Spike Lee and "Back To The Future" filmmaker Robert Zemeckis.