Economist calls for major reforms at TOR, BOST over hikes in petroleum prices 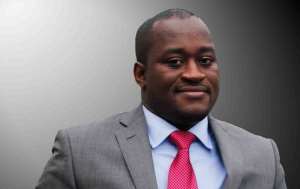 Economist and Political Risk Analyst, Dr. Theo Acheampong is pushing for major reforms at the Tema Oil Refinery (TOR) and the Bulk Oil Transportation and Storage Company (BOST) as the country continues to face challenges in the production, importation and supply of petroleum products.

“Both TOR and BOST need reforms”, he said on Citi TV‘s The Point of View.

Contributing to discussions on the unending high cost of fuel, Dr. Acheampong said the inefficiencies at TOR need to be urgently tackled to enable the refinery to revamp its operations.

While arguing that, Ghana could be cutting down on the huge cost brought on by the importation of refined crude because TOR does not have the full capacity to respond to market demands, he called for an operational restructuring to revive the refinery.

“There could be some 10 to 20 percent cost savings if we have our domestic refinery meeting between 30 and 50 percent of market demand. That is not insignificant, looking at the amount of money we use in importing these products. What TOR needs is a new ownership module and fundamental restructuring to upgrade a lot of facilities and equipment. It currently has to realize cost efficiency.”

On BOST, the economist said; “Fundamentally, we need to go back to what BOST was set up for, which is to play an interventionist role in safeguarding the market-making mechanisms. Unfortunately, that is not happening.”

Currently, the price of fuel has recently increased to approximately GH¢16 per litre with players in the industry warning that a litre of the product could be sold at almost GH¢20 by the end of 2022.

For instance, the cost of diesel is currently at GH¢15.99 at a top oil marketing company, Total Energies, while the cost of gasoline is GH¢13.10.

This represents a significant increase over the GH¢11.06 per litre for gasoline and GH¢13.95 for diesel earlier in the month.

The country's rapidly rising fuel prices, which began in January at roughly GHS6.5 per litre, have mostly been linked to the increase in the price of the good on international markets.

On the other side, the dollar, which cost GH¢6.5 at the beginning of the year, is now worth more than GH¢12.