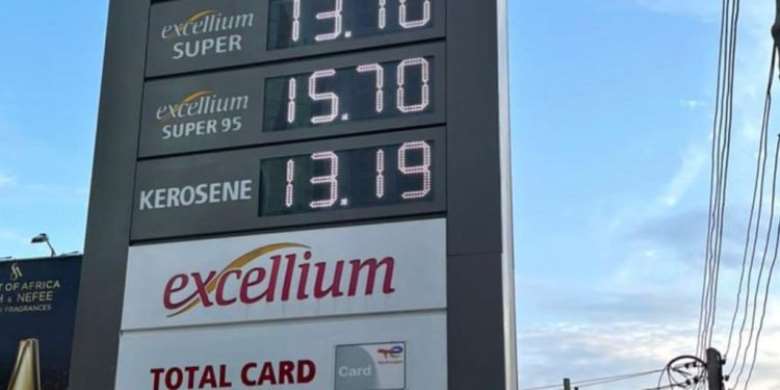 Over the weekend, fuel prices shot up to almost GHS16 per litre at some stations in the country.

At a leading Oil Marketing Company, Total Energies, for instance, the price of Diesel now stands at GHS15.99 while petrol sells for GHS13.10.

The rampant increase in the price of fuel in the country which started off in January at about GHS6.5 per litre has been attributed mainly to the rise in the cost of the commodity on the world market and the constant depreciation of the cedi.

However, speaking to Citi Business News, Executive Secretary of the Chamber of Petroleum Consumers Ghana (COEPC), Duncan Amoah stressed that the rate could hit GHS18 a litre by December if the government does not intervene.

“We are hitting GHS15 per litre for diesel now. The cedi has definitely not come to a stability point and if it continues to depreciate it is likely that in the first week of November there will be a further increment. Between now and December, you're probably going to see that Ghanaians could end up paying about GHS17 to GHS18 per litre for fuel.”

He added that “I do not want us to get there, and I think that authorities and those within the policy space will need to wake up from their sleep.”

The price of crude oil in January this year was at about $75 a barrel, but currently sells for around $86 per barrel.

On the other hand, the dollar commenced the year trading for GHS6.5 and is currently trading for over GHS12.

This spike in the depreciation of the local currency is despite recent government interventions including, the $750 million Afriexim bank loan and $1.13 billion syndicated loan to finance the purchase of cocoa beans for the 2022/2023 crop season among others.

Being an MP is serious business; the responsibility of a Min...
54 minutes ago