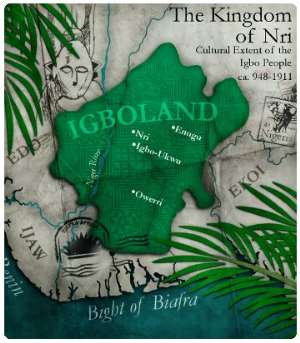 The aggrieved IPOB members were worried at the continued detention of Nnamdi Kanu, his deteriorating health conditions and the refusal of Igbo leaders to seek his immediate release.

They consulted me and our team at Igbo Think Tank ITT to express their grievances and seek alternative solutions. They threatened to make South East impossible for Peter Obi and his Obidients to hold rallies, and conduct elections.

They also extended their grievances to the APC government and promised to make Hope Uzodimma and Dave Umahi see hell in their APC campaigns.

We explained to them that the continued detention of Nnamdi Kanu is due to the bloody implementation of Sit at Home, which has claimed hundreds of lives. Also, the penchant for insulting President Buhari, Fulani, Hausa and the same people whose hands it is to facilitate the political solution, is another factor responsible for Kanu’s continual detention and failure of the political solution.

We agreed that the best option is for the DoS Group led by Chika Edozien and the Auto-Pilot Group owned BY Simon Ekpa not to disrupt elections in Igbo land to allow those the majority South Easterners who believe in Nigeria to exercise their mandate.

I am glad that IPOB DoS issued a press release October 8th, titled ‘We have no Plans to Disrupt Elections in Igboland’, and signed by its spokesman, Emma Powerful.

On behalf of the Board of Trustees OF Igbo Think Tank, I laud IPOB for allowing election processes to continue in Igboland and ask the Auto-Pilot Group to follow suit.

I do hope that the Igbo politicians will reciprocate this gesture and seek speedy resolution to the detention palaver of Nnamdi Kanu.

I also sound a note of warning that the politicians should settle the rift between the DoS and the Auto-Pilot before the 2023 elections to avoid stories that break the heart.

Igbo Think Tank, ITT, in its effort to create a Japanese Industrial Model for the South East, believes that disrupting elections in the South East under any guise, is the handwork of fifth columnists, and any dissident secessionist should respect himself.

Vice Chairman Board of Trustees