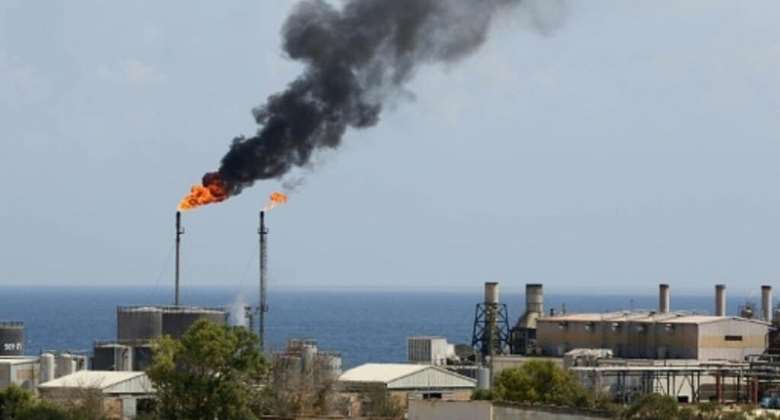 Tensions between Greece and Turkey are spreading across the Mediterranean from Libya to the divided island of Cyprus. The risk of a confrontation is threatening to draw in fellow Nato allies.

Turkey's deepening economic and military ties with the Libyan government is the latest point of tension between Athens and Ankara.

Moreover, relations between the Nato partners are becoming increasingly fraught, mainly because of territorial disputes.

These conflicts are now putting ties between the United States and Turkey under pressure.

"The ones standing with the Greeks just for the sake of pleasing the Greeks should not expect friendship from us," warned Cavusoglu.

"Because Turkey will not bow down to such acts. Turkey will take necessary steps in Cyprus."

Turkish President Recep Tayyip Erdogan had earlier announced that Turkey would increase its military presence in Cyprus after Washington lifted its military arms embargo on the Greek Cypriot administration.

On Friday, Erdogan declared that military drones had been deployed on Cyprus.

The Mediterranean Island has been divided between Greek and Turkish Cypriot communities since 1974.

The Greek Cypriot administration is the only internationally recognised government.

Don't inflame tensions in the islands

"Greece's sovereignty over these islands is not in question. But we call on countries, including our allies, to respect territorial integrity and sovereignty and avoid actions that inflame tensions," said Price.

Ankara has condemned Greece's militarisation of some of its islands close to Turkish shores, which Turkey claims violate an international agreement. Athens insists it is protecting its territory from Turkish threats.

Political scientist Cengiz Aktar of the University of Athens says the Greek government is calculating that it has Washington's support and is in no mood to back down from what it considers Turkish bullying.

"There is a common wisdom in Greece, don't belittle small countries. We have a live example of Ukraine and Russia.

"I mean, yes, the Greeks are ready," said political scientist Cengiz Aktar of the University of Athens.

Athens insists its militarisation of the islands is in response to the threat posed by Turkey, whose military forces, in many cases, are less than a kilometer distant from Greek islands.

Athanasios Drougos, a defense analyst at Greece's War College, warns that Ankara's hardening stance will lead to a stronger response from Athens.

The Greek right of self defence

"The Greek position is based on the right of self defence.

"I would say there are some provocative military exercises, some drills, they bother Greece quite a lot.

"So, for the time being, I can tell you there is no option for Greece to demilitarise the islands,"

Greek and Turkish warplanes routinely challenge one another in disputed airspace over the Aegean Sea.

Both are continuing to build up their military presence. On Thursday, Erdogan reiterated his threat to the Greek militarised islands.

"This applies to Greece and any country that disturbs us and attacks us. Our response to them is: 'We may suddenly arrive one night.' They should be aware of this and understand this," said Erdogan.

Turkish-Greek tensions are nothing new. The two edged to the brink of war in 1996 over an uninhabited islet.

US intervention prevented open hostilities. But with Turkey saying Greece is using US-supplied weapons to militarise its islands, observers say Washington's status as an honest broker is in question.

Turkish-US relations are already strained over Erodgan's ties with his Russian counterpart Vladimir Putin and doubts over Turkey's loyalty to Nato.

On Friday, the two leaders held talks by phone to discuss deepening ties.

Asli Aydintasbas, a visiting fellow of the Brookings Institution, a Washington research group, says she is worried the region is moving closer to war.

"We are used to occasional flare-ups in this relationship, but I think right now, the global environment is very uncertain, chaotic, and almost conducive to a military confrontation between Turkey and Greece," said Aydintasbas.

"The dynamics have changed," she added.
"Turkey no longer feels a strong and firm member of the western camp or NATO alliance. It is still NATO, but obviously also interested in having alternatives. And Turkey is also a whole lot more self-confident than it used to be. Meanwhile, Greece feels that there's been a big change in Greece as well," said Aydintasbas.

For now, neither Athens nor Ankara appears ready to step back. Cavusoglu said last month that Turkey was prepared to resolve tensions diplomatically but warned the country wouldn't hesitate to use hard power if diplomacy failed and Turkish interests were threatened.