We affirm, maintain our galamsey exposé of Charles Bissue, they're factual — Tiger Eye P. I 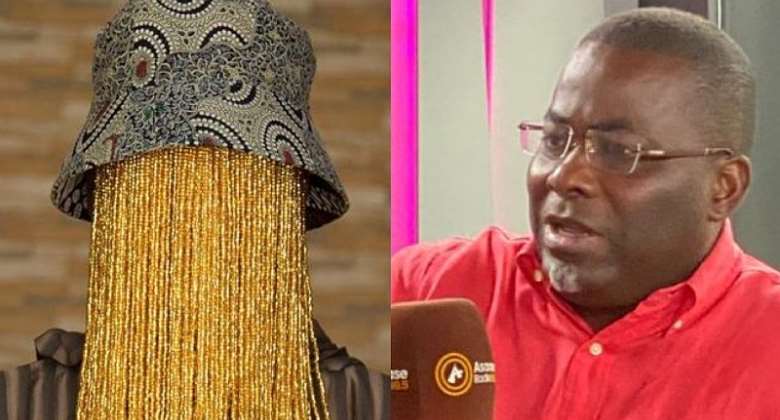 Following the National Communications Director of the NDC, Sammy Gyamfi's press conference in which he mentioned Charles Bissue as a galamsey kingpin captured on tape in an investigative report by Anas Aremeyaw Anas and his Tiger Eye P. I’s team published in February 2019.

In an attempt to clear his name, former Inter-Ministerial Committee on Illegal Mining Secretary Charles Bissue accused the Anas and his team of spreading lies about him.

He stated in a statement available to Modernghana News today, October 7, that the team (Tiger Eye P. I) only misled Ghanaians about his alleged involvement in galamsey bribery in their 2019 investigative report.

“The public has been misled to accept and believe the narrative put by Anas Aremeyaw Anas about the money I was seen taking in the video.

“As I have said countless times, that money was not a bribe, and I did not make any demands whatsoever from any operative or beneficiary of illegal mining while I served on the IMCIM,” the statement stated.

He explained, “The money in question was a donation from the NPP Chairman of the Ashanti Region, Bernard Antwi Boasiako alias Chairman Wontumi, to the then NPP Western Regional Organiser, Abdul Ganiyu for a party event organised in the Western Region.”

“For the malice and character assassination that Anas and his sponsors had in mind, the public was denied the audio recordings and full disclosure of the purpose of that money handed to me,” the statement added.

In reaction, a statement sighted on Tiger Eye P. I’s Facebook page today, October 7 noted that the earlier statement by Mr. Bissue is baseless and an attempt to cover his excesses by all means.

“Tiger Eye P. I has taken note of a series of lies and calumnies put out by the embattled secretary to the then Inter-Ministerial Committee on Illegal Mining (IMCIM), Mr Charles Bissue, in his desperate attempt to defend his misconduct as captured in the documentary dubbed 'Galamsey Fraud Part 1' that was published in February 2019. The latest of his lies which have animated responses from Tiger Eye are contained in his press release dated 6 October 2022,” a portion reads.

According to the statement, “Tiger Eye's position, conduct and approach to all investigations are based on truth, facts and audio-visual evidence. Tiger Eye affirms and maintains its investigations and conclusions in the Galamsey Fraud documentary about Mr. Charles Bissue and other staff at the dissolved IMCIM. Any claims or allegations to the contrary are false and without merit. Mr. Charles Bissue engaged in bribery and corruption and Tiger Eye uncovered this in the form of audio-visual evidence when undercover journalists posed as owners of an abandoned mining company.”