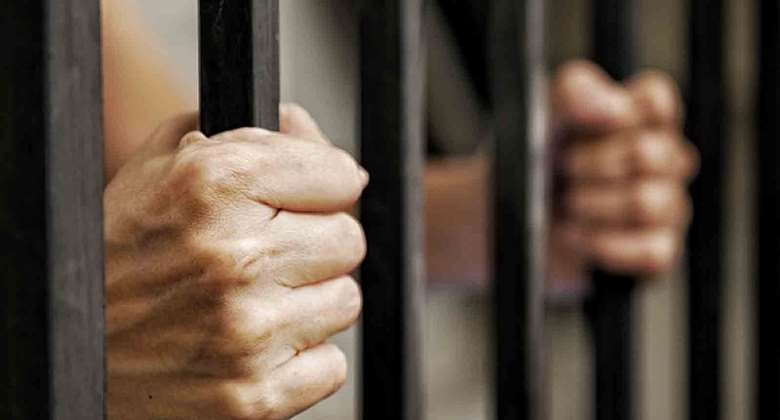 A 31-year-old farmer, who assaulted a mobile money Vendor and snatched his handbag containing money has been sentenced to12 months’ imprisonment in hard labour by the Enchi District Magistrate court.

Bernard Forson pleaded guilty to assault and stealing and the court convicted him on his own plea.

The Prosecutor, Police Detective Inspector Joseph Kwadwo Agyare, told the court, presided over by Mr Eric Baah Boateng, that the complainant and the convict lived at Adjoum in the Aowin Municipality.

He said on September 10, 2022, at about 1723 hours, Forson called the complainant on the phone and invited him to his house to transfer money to someone.

Inspector Agyare said when the complainant arrived, the convict directed him to send a cash amount of GHS3,000.00 to one Faustina Mamudu through the number 0555306931.

Prosecution said the complainant refused to carry out the transaction and instead left to attend to another customer because he knew the convict did not have that kind of money.

Inspector Agyare said the same day the convict called the complainant while at his backyard and gave him GHS80.00 to transfer it to the same person.

The complainant again failed to carry out that transaction because he felt Forson had called some fraudsters and therefore attempted to leave, but he attacked him and, in the process, bit his cheek and snatched his handbag containing money.

The complainant shouted for help and the convict sensing danger took to his heels but was arrested by the neighborhood watch dog committee at Adjoum and handed over to the police in Enchi.

A police medical form was issued to the complainant to seek medical attention, the prosecutor added.

He said the convict was subsequently re-arrested and was charged with the offence after investigations.