Galamsey fight: Akufo-Addo will be meanly judged by posterity if he fails — Gabby 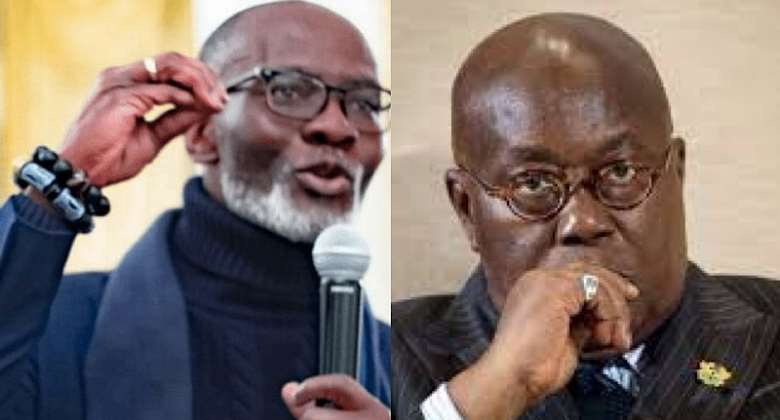 Gabby Asare Otchere Darko, a staunch member of the ruling New Patriotic Party (NPP), has reiterated the party's determination to fight galamsey and its scourge.

He believes that future generations will never forgive Akufo-Addo and his NPP government if their fight appears to be empty rhetoric.

In a tweet seen by Modernghana News on Thursday, in response to his previous tweet in 2017, the lawyer stated that he and his NPP party remain committed to eliminating galamsey and preserving the environment for future generations.

“I remember this tweet very well,” referring to "posterity shall not forgive Akufo-Addo and our generation if we don't win the war against galamsey" tweet.

He continued, “and the import of my post remains valid today as it was yesterday and for our President, our leaders and our society. Posterity will surely judge as meanly and legitimately so if we do not protect for future generations what was bequeathed to us.”

“If your explanation is not sound, meaningful or reasonable enough, the appropriate sanctions would be applied without any favour.”

“The constant allegations of MMDCEs being the conveyers of the illegal mining is not the best,” the President lamented.

He stressed that “there will be a severe punishment to anyone irrespective of your status.”