Galamsey fight: Tetteh Quarshie would be angry by now for destroying his cocoa — KalyJay 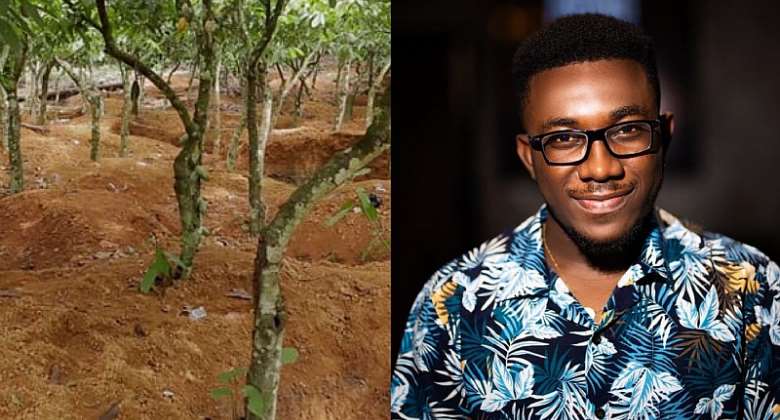 Popular Ghanaian social media influencer, KalyJay with real name, Joshua Buernortey Boye-Doe has bemoaned the rate at which cocoa farms have been destroyed by the activities of illegal miners.

He asserted that the late Tetteh Quarshie who first brought cocoa to Ghana would be very upset in his grave seeing how his efforts have been undermined by some greedy people.

In a tweet on Friday, October 7, spotted by Modernghana News, the controversial influencer, described the country's leaders as failures.

“By now Tetteh Quarshie vex for in grave. All this stress to bring cocoa to Ghana only for people to ditch cocoa farming for Galamsey. Lmao wanna leaders have failed,” his tweet reads.

“If your explanation is not sound, meaningful or reasonable enough, the appropriate sanctions would be applied without any favour.”

“The constant allegations of MMDCEs being the conveyers of the illegal mining is not the best,” the President lamented.

He stressed that “there will be a severe punishment to anyone irrespective of your status.”