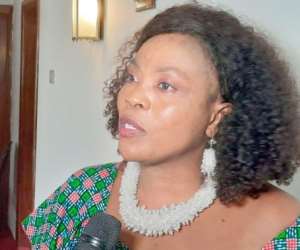 The Peoples National Convention (PNC) has cautioned media houses across the country to verify all statements from the party with its General Secretary Madam Asana Nabla before publication.

The party also warned that it will take legal action against any media house which refuses to adhere to its directive, in a statement issued on Friday, 7 October 2022.

The PNC also appealed to the general public to disregard a “statement ill-written to describe the increment of producer price of cocoa as an insult to farmers.

“This statement is not from the PNC and the party is working with those who published it to unveil the faceless persons behind the statement."

According to the PNC, it is of the conviction “an increment in cocoa producer prices by 21 per cent is commendable in this COVID 19 and Russia-Ukraine war induced hardship all over the world.

“An economy that is negotiating with IMF to improve its debt management should be commended for stepping up to increase the producer prices of cocoa.”

It therefore urged Ghanaians to “appreciate the economic difficulties we are in and to redirect our taste from the consumption of foreign goods to that of local ones to help in boosting the Ghanaian economy and to bear with the government in its policy implementation.”

Being an MP is serious business; the responsibility of a Min...
28 minutes ago