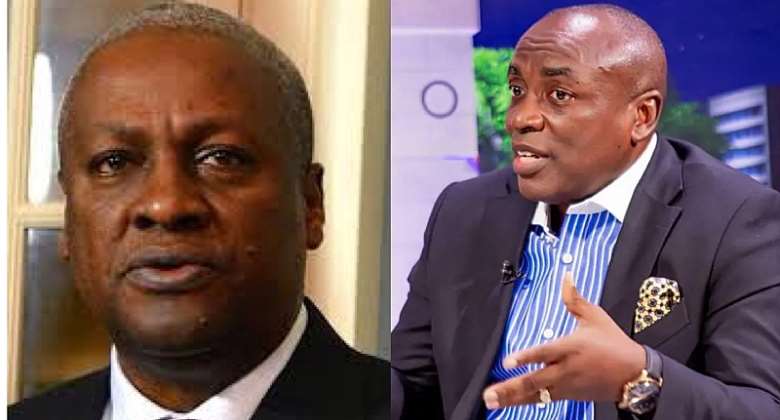 He said former President Mahama's public comments can undermine the trust Ghanaians have in the judiciary.

Though he agreed with the fact that the judges, like every other human institution, also have their shortcomings.

“What surprised me was the one who really attacked the judges. That’s former President Mahama who I know very well, a good friend of mine. I was surprised because he has been President before. He has occupied the highest seat in government therefore you know what it takes to support the judiciary.

“And so for him to come out and say the kinds of thing that he said, I find it was a downer. It was disappointing. You don’t need to do that. Whatever the shortcomings…I’m not saying the judges are perfect. They are not perfect. All of us are not perfect,” he said.

He continue, “We the leaders are the ones to provide the maximum support and having been in the seat as Chief Executive of state and the first gentleman of the land, I think he should be the last person to be running down a critical institution like the judiciary.”

Mahama’s attack on the judiciary

At a forum organised by NDC lawyers in Accra, the former President criticised the judiciary by asserting that until a new Chief Justice is appointed to replace the current one, Justice Anin-Yeboah, nothing good can come from them.

“Recently, so badly has the image of our judiciary deteriorated that many of our citizenry openly make mockery of our justice system and of our justices. The phrase ‘go to court’ is these days met with derisive laughter instead of hope that one will truly get justice if he went to the court.

“There is therefore, the urgent need for the Ghanaian judiciary to work to win the trust and confidence of the citizenry and erase the widely-held perception of hostility and political bias in legal proceedings at the highest court of the land.

“Unfortunately, we have no hope that the current leadership of our judiciary can lead such a process of change, we can only hope that the new Chief Justice will lead the process to repair the broken image that our judiciary has acquired over the last few years,” Mr Mahama observed.

Inflation will remain high till the end of first quarter of ...
46 minutes ago