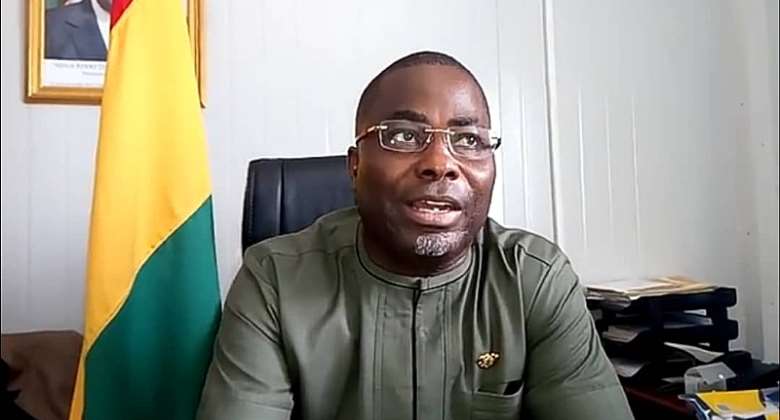 Former Secretary to the Inter-Ministerial Committee on Illegal Mining, Charles Bissue has hit back at members of the opposition National Democratic Congress (NDC) calling for his prosecution.

Addressing a press conference in Accra on Thursday, the National Communications Officer of the NDC, Sammy Gyamfi said the government should prosecute Chairman Wontumi, Charles Bissue, and other persons allegedly involved in illegal mining (galamsey).

“Ghanaians are tired of your flowery speeches and useless rhetoric. The so-called fight against ‘galamsey’ has been a spectacular failure and the only way to salvage it is for you to man up and finally begin to crack the whip on your errant appointees and NPP functionaries who are neck-deep in the ‘galamsey’ business.

“We demand the immediate prosecution of all NPP functionaries and NPP officials who have engaged in illegal mining such as Charles Bissue, Chairman Wontumi, the evidence is clear, Andy Owusu, Ekow Ewusi, Prof. Frimpong Boateng among others,” Sammy Gyamfi told the media.

Reacting to that presser, Charles Bissue has issued a press release, insisting that he has already been exonerated of any involvement in illegal mining activities after an investigation by the CID.

Expressing unhappiness over his name being continually mentioned in illegal mining conversations, he is urging the government to take action.

“The government knowing all these cannot allow the NDC to continue to mislead and court negative emotions of the people against it, in this galamsey fight,” Charles Bissue notes in his press release.

He further proposes that to effectively fight galamsey menace in the country, the recommendations in the IMCIM should be operationalised.

“The NPP government under President Akufo Addo has demonstrated commitment to dealing with the crisis, however, there have been some shortcomings resulting from the negligence and self-centeredness of persons entrusted with the duty of sustaining the effort in eradicating illegal mining.

“It’s about time we revisit the recommendations of the IMCIM, and operationalize all infrastructure that has been left dormant. We can win this fight,” Charles Bissue concludes in his statement.