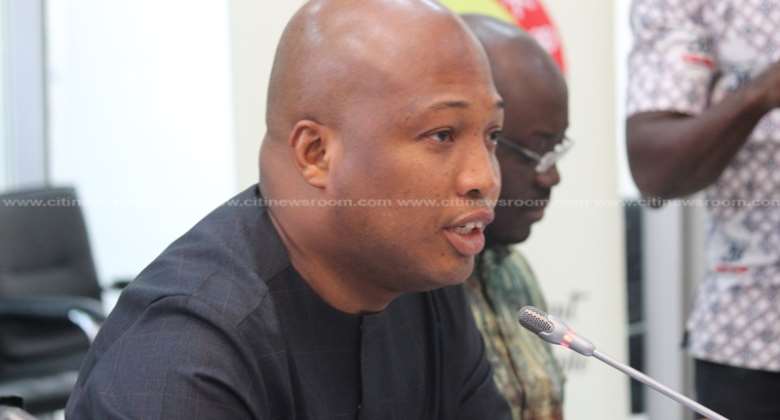 Member of Parliament for North Tongu, Samuel Okudzeto Ablakwa, has questioned the whereabouts of the man he calls the chief perpetrator of the wrongful demolition of the Bulgarian Embassy in 2017.

In a statement responding to a leak of the full report on the controversial demolition, Mr. Ablakwa suggested that the government was trying to cover up the role of the man, Jojo Hagan, in the demolition.

Jojo Hagan did not appear before the sole inquirer and was unable to be located, according to the document Mr. Ablakwa shared as the full report.

The report noted that Jojo Hagan should be sanctioned for not following due process in the demolition of the building and should be made to compensate the Bulgarian Embassy.

In light of the concerns, Mr. Ablakwa questioned why the government is “not declaring Mr. Jojo Hagan wanted and mounting a massive manhunt for his arrest?”

Mr. Ablakwa is also concerned that the taxpayers are going to foot the bill of compensation.

The Bulgarian Honorary Consul to Ghana, Nicolas van Staalduinen, earlier indicated that the government of Ghana is working towards financial compensation for the demolition.

“So far, due to government's seeming complicity in the mysterious Jojo Hagan disappearance narrative and their lack of interest in finding him, government has failed in keeping its pledge to the Bulgarians to secure compensation for the illegal demolition of their embassy, and their patience appears to be running out.”

The Bulgarian Embassy, located at Kakramadu Road, Plot No. 10, East Cantonments in Accra, was partly demolished by a private developer in 2017.

The Bulgarian Ambassador to Ghana and Nigeria, Yanko Yordanov, then accused the Ghanaian government of breaching the Vienna Convention on Diplomatic Relations and warned of far-reaching implications on diplomatic relationships with Ghana.

The government commissioned an inquiry into the matter, which recommended sanctions against the supposed private developer who caused the destruction of the Embassy's building.

The developer has also been directed to pay compensation to affected persons.

The private developer, Jojo Hagan, is said to have taken over as the Executor of the Will of one Mr. Leighton and vested the property in the named beneficiaries of the Will while pursuing the cases at the Court.

He also obtained judgment for the eviction of the occupants whom he described as trespassers, and an order to demolish the property which he described as unfit for human habitation, at the Circuit Court, Accra.

The inquiry found that the eviction and demolition did not follow due process.