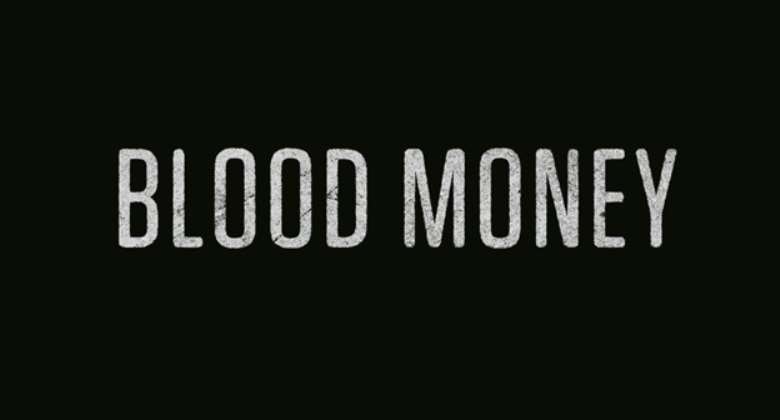 Somewhere in Mankessim in the Central Region of Ghana, a report has it that two adult men, one a ‘pastor’ and the other a chief, have teamed up to kidnap and kill a young trainee nurse with the intention of using her for blood money. Furthermore, they have admitted to killing three (3) more people for the same purpose.

Not long ago, I wrote about a father who attempted to use his own biological daughter for blood money.

"Let no one say when he is tempted, “I am tempted by God”; for God cannot be tempted by evil, nor does He Himself tempt anyone. But each one is tempted when he is drawn away by his own desires and enticed. Then, when desire has conceived, it gives birth to sin; and sin, when it is full-grown, brings forth death."

The love of money is the root of all forms of evil, so says the Apostle Paul. We live in a world where men will do anything evil to amass wealth to live like kingpins.

Let's consider four (4) things this news teaches us about evil men from a biblical point of view.

#1. Deception: The Strategy of Evil Men

Clearly, the young lady who went seeking help from the self-styled Pastor was a victim of premeditated deception. The facts of the case as presented to the court was that this Pastor agreed to help her with ulterior motives. He joined forces with the chief to deceive her.

Men who seek to do evil have the spirit of deception which Satan is the master of it all. In the Garden of Eden, he deceived Eve to sin against God (Genesis 3). Men who use deceptive games are caught up in their web of Adamic nature. He couldn't have told her the truth of his intentions. He had to lie and deceive her. The Bible says that Satan is a deceiver and we must not be ignorant of his devices (Acts 5:2; 2 Corinthians 2:11).

After the deception, they proceeded to their next evil exploit of killing and hiding the young professional nurse. They thought no one would see their deeds. Indeed, in admitting to their previous deeds, they used murder on the three other people and hid them.

Ever wonder how a human being can look into another human and murder her? Well, it may even sound weird to hear it but to the evil heart, he or she sees nothing wrong with it. The heart of man is deceitful and above all desperately wicked to freely consider and execute murder (Jeremiah 17:9). Cain deceived and murdered his own brother in cold blood because his sacrifice was not accepted by God (Genesis 4). Evil men who kill others without remorse are controlled by Satan who is a murderer (John 8:44).

All the above, deception and murder, were aimed at using them for blood money. They wanted quick money to be rich. So evil! They don't want to work and invest for honest gain.

If you don't have money, must you kill other people for money rituals to be rich? How will such people even enjoy their blood money knowing they used human sacrifice? Well, the answer is that an evil man's conscience is dead to moral reasoning and sound judgment. They can comfortably kill and soundly sleep at night. They are totally given to sin. Just like Cain killed for jealousy, these two men killed for money. The same demonic spirit controls them all. Murder is of the devil (John 10:10).

#4. Punishment: The End of Evil Men

The last point we can learn from evil men is that their end is judgement, punishment and possibly destruction. The natural law of cause and effect will catch up with them and further, God's punishment will be unleashed on them if they don't repent. These two men have been arrested and put before court. The government is mandated by God to punish evil and reward good (Romans 13).

This dastardly act by these two men against the lady and the other people for blood money is the work of evil hearts controlled by Satan. But they will surely be judged and punished. There are many people who are involved in blood money but not caught yet. Their time will surely come. Evil does not triumph forever. God sees evil and will punish it.

May the Lord rid our society of wicked men and change their hearts unto good works.