NDC ought to stop the galamsey politics now 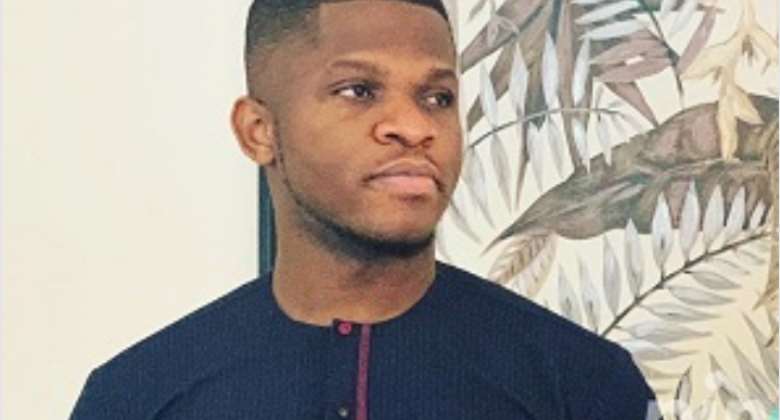 The one consistent principle of the Mahama NDC has been cakeism, their ardent belief that they alone should be able to have their cake and eat it. And so, true to that spirit, National Communications Officer for NDC, Sammy Gyamfi speaking at a press conference at the NDC headquarters earlier today, alleged that some members of the NPP and government are behind galamsey in the country.

He described the measures and strategies put in place by the Akufo-Addo government to fight galamsey as a clear deception, and indicated that the administration has failed woefully in the fight against galamsey.

Hearing the NDC's Sammy Gyamfi spouting such rhetoric at his press conference makes me wonder if the NDC as a political organisation would ever get serious in this country.

The impertinence of Sammy Gyamfi, and the litany of claims by the NDC is expected. Indeed, their conduct is like the pot calling the kettle black because their track record in the galamsey menace is horrible. It is a no brainer situation, but then, the NDC appears to have no brains or conscience - we are talking about a party that shamelessly launched the Youth in Small Scale Mining programme in the Eastern Region, which apparently opened the floodgate for galamsey.

Yes, the NDC had the opportunity to pull the plug on Galamsay but they rather enabled it and watch it festered badly.

Of course, the galamsey situation got so bad under Mahama in 2015, such that he had to hang his shame on the people of Kyebi, tagging the place as the headquarters of Galamsay in the country.

Weirdly, Mahama ate the humble pie a few days later and rendered an unqualified apology to the people of Kyebi for describing the town as the headquarters of galamsey in the country when he was dared by the Okyenhene to back his spurious claims with incontrovertible evidence.

"I've regretted the reaction my statement has generated among the people and chiefs of Okyeman and “I know it worries you,” he said in Twi.

“So, I have retracted it. I know the galamsey problem is a problem for us all.”

This shenanigan not only disgraces him and his party – it indicts them for their role in enabling the infamous Chinese galamsay kingpin, Aisha Huang to thrive in Ghana.

For those that may have missed this; the erstwhile Mahama government issued an infinite resident permit to Aisha Huang.

Precisely on 28th March 2015, Aisha Huang was given an indefinite resident permit to live here in perpetuity and to engage in her illegal activities. This happened under the Mahama administration. Meanwhile, she was unsuccessful in getting the permit during the President Kufour era.

So you see, any dastardly attempt by the NDC to rationalize the political economy of galamsay must be roundedly condemned. It is beyond dispute that under John Mahama-led government, the national record of the deleterious impact of galamsay left a lot to be desired. It was simply unprecedented.

In essence, attempting to fault bureaucracy or bureaucratic red tape for the pernicious impact of galamsay is at best, a farce and, at the very worst, grossly irresponsible and downright politically repressive.

All that the Akufo-Addo administration has been doing is simply managing a very bad situation as well as it can by the deft and relatively constructive application of the statutory laws of the land.

The NDC is fast becoming a model of lazy populism with no real ideas apart from their usual triangulated survival antics.

An old adage have it that, when you're trying to breath under water, you will have to think of the consequences and reach for sane fresh air. It might be wiser for them to proceed gently in galamsey conversation.