Galamsey fight: Godfathers have disowned their child but will continue benefitting from it — Franklin Cudjoe criticises Akufo-Addo's meeting 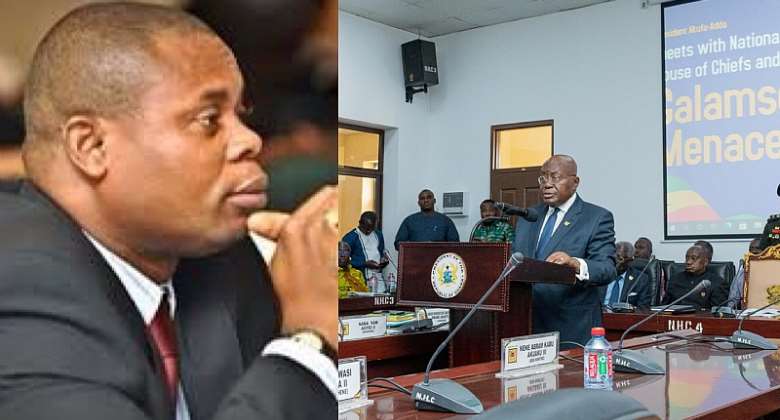 Recently, the debate about the activities of illegal mining known popularly in Ghana as galamsey has heightened.

This comes on the heels of the re-arrest of Chinese Galamsey Kingpin, Aisha Huang and the recent documentary titled "Destruction for Gold" by Multimedia Journalist Erastus Asare Donkor which revealed the alarming rate of polluted river bodies caused by illegal mining.

During the meeting, the President reaffirmed his willingness to combat illegal mining, urging the chiefs to support his vision. He also warned the MMDCEs not to engage in it, indicating that the laws will deal with them when caught.

But, according to Franklin Cudjoe, the Founding President of IMANI Africa, the meeting was a ruse to deceive the public about their alleged hatred for galamsey when everything points to the fact that they are not.

The policy advisor described the President, the Minister of Lands and Natural Resources, Samuel Abu Jinapor, his Deputy, Mr. George Mmireku Duker, MMDCEs, and the National House of Chiefs, as godfathers of galamsey who will continue to support and benefit from it.

“Galamsey just got another bad name today. The godfathers assembled to disown their child but will continue benefitting from its existence,” he said in a tweet on Wednesday, October 5.