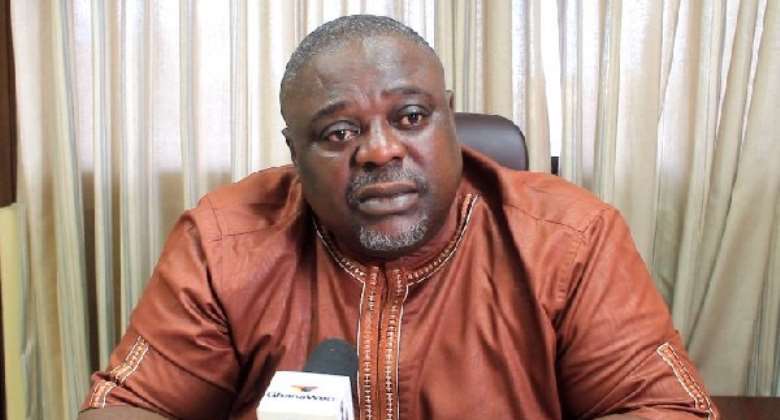 The 1992 Constitution of Ghana has for years been blamed for the challenges facing the country.

Experts and civil society organisations have said certain provisions in the constitution are outmoded.

They have proposed that the 1992 constitution be amended or if possible changed for the betterment of the country's budding democracy and socioeconomic development.

Joining the conversation recently on Twitter, the founder and CEO of the Atta Mills Institute, Samuel Koku Anyidoho, has described the 1992 constitution as Ghana's biggest problem.

“Ghana’s biggest problem is our Constitution,” he wrote in a tweet spotted by Modernghana News.

He made the recommendations in a presentation at the Constitutional Day Public Lecture organised by the University of Professional Studies (UPSA) Law School on the topic “Avoiding the Impending Death of the 1992 Constitution.”

Mr Hosi recommended the deepening of the separation of powers of the three arms of government and the depoliticisation of governance and democratic institutions and security services.

He also called for the depoliticisation of accountability institutions, all state agencies, including State-Owned Enterprises (SOEs), regulatory bodies and agencies, democratisation of Metropolitan, Municipal and District Assemblies (MMDAs), and the public funding of political parties.

“First, we need to ensure true separation of the Legislature and the Executive. We must enforce full separation of powers and expunge any requirement or option for the executive to appoint any member of the legislature as a minister or member of a board of the enterprises and agencies of the State,” he stated. “The legislature cannot be a player and referee at the same time.”

Recently sharing the same thought is legendary highlife musician, Kwabena Kwabena, who believes the country's socioeconomic problems can partly be blamed on the 1992 Constitution.

The musician revealed that until the constitution is changed or amended, even Jesus can't solve the country’s problems.

“Our 1992 constitution, which was drafted and used for 30 years, will compel political parties not to be truthful to Ghanaians. If you look at the beneficiaries, salaries, incentives and other things like meeting allowances, this is not service. It is not service to the nation but rather the nation serving you. We have to sit down as Ghanaians and look into that. The 1992 constitution needs serious amendment. That’s my opinion,” he said.

He continued “If we can amend the 1992 constitution, we would get truthful people who will truly serve our nation. Because with this constitution, even if Jesus Christ becomes our president, he won’t get ministers to support him.”