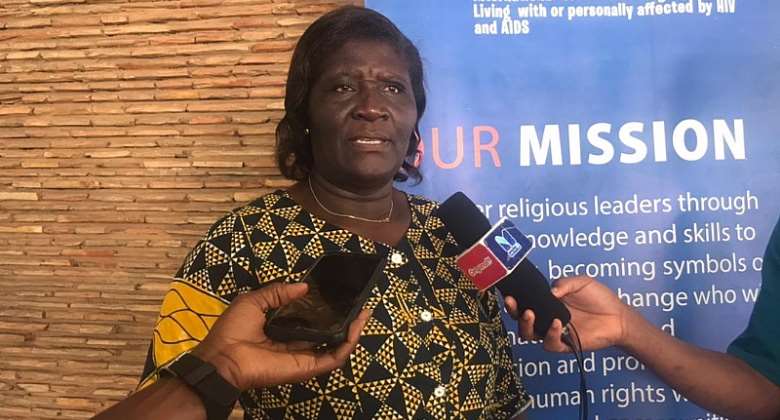 The International Network for Religious Leaders living with or personally affected by HIV/AIDS (INERELA+ Ghana) has called for the reintroduction of Comprehensive Sexuality Education (CSE) into the education curriculum.

Mrs Mercy Acquah-Hayford, the Executive Director of INERELA+ Ghana, who made the call said, comprehensive education on sexuality would help stem the rising cases of rape and Human Immune Virus (HIV) infections in the country.

The government and the United Nations 2019, introduced the CSE programme to empower adolescents and young people to deepen their scope of existing activities to attain Comprehensive Sexuality Education (CSE).

The content of the programme led to an uproar from the public, with some stakeholders accusing the Government and the UN of attempting to promote LGBT+ values.

The Ministry of Education subsequently withdrew the programme.

Speaking in an interview with the Ghana News Agency, on the sidelines of a workshop on sexual and gender-based violence in Accra, Mrs Acquah-Hayford said the country was paying for rejecting the CSE as it had witnessed an increase in rape cases as well as HIV infections within a period.

She noted that the CSE policy was meant to empower children with relevant knowledge on sexuality to overcome sexual harassment and make informed decisions and not to promote LGBT+ values as was speculated.

“Talking about sexuality education doesn’t mean we are promoting homosexuality because what is sex? What is sexuality? It is something that evolves in man from birth to death. By teaching these things, I am a trained professional in that, when we train children on sexuality, our aim is to let them know the nitty gritty of sexuality,” she said.

“If the person understands what sexuality is, there won’t be any immorality in the system, but once the topic was discussed we started shouting they want to bring homosexuality to our children. It never helped.

“That is why there are a lot of rape cases because, by teaching a child about sexuality they will know that this one is luring me to rape me,” she added.

Over the last few years, there has been an upsurge in HIV infections in the country.

Statistics available indicate that a total of 23,495 people in Ghana tested positive for HIV in the first half of the year (January to June).

Mrs Acquah-Hayford questioned the decision not to discuss matters of sexuality.

“When we stopped that are children not getting raped, are people not being lesbians and gays as we don’t want to see?

“So, we need to beef up our game because we are talking about HIV infection and what brings it up? It's sex with an infected partner, and as we are walking, who knows who is infected?” she asked.

She added that: “If we want to bring HIV down, all these things should come to play. Sexuality should be discussed so that our children will understand it,” she added.

Issues of Lesbian, Gay, Bisexual, Transgender and Queer (LGBTQ+) remain a sensitive topic in the country.

Currently, there is a private members bill before Parliament seeking to criminals all LGBTQ+ activities in the country.

Mrs Acquah-Hayford called for dispassionate discussions on the CSE to disabuse the minds of persons who perceived the programme as a way of promoting LGBTQ+.

On sexual and gender-based violence, Mrs Paulina Essel, a Counselling Psychologist said, religious leaders had a critical role to play to end the canker.

She noted that as long as sexual and gender-based violence remained a social problem, survivors would continue to seek assistance from religious leaders.

She said when such situations happened religious leaders must offer professional counselling to survivors to enable them to over the trauma.

She was speaking under the topic: “Using the Pulpit to Save Lives: Mental Health Care for Survivors.”

Mrs Essel urged religious leaders, especially pastors, to use the pulpit to educate the public on the consequences of sexual and gender-based abuses to help curb the problem.