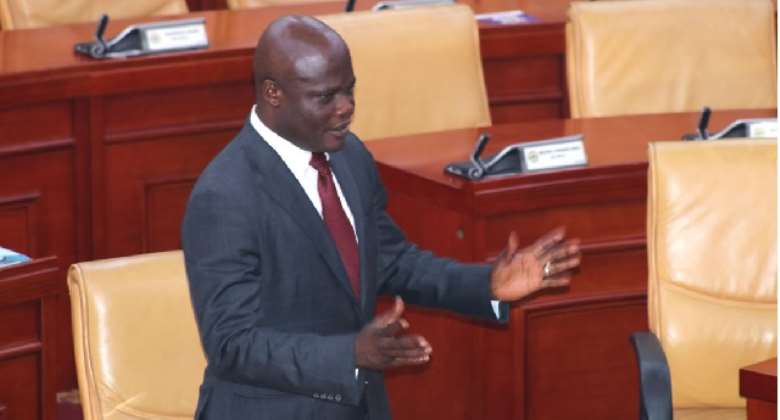 The Deputy Minority Chief Whip, Ahmed Ibrahim, has rebuffed claims by President Nana Addo Dankwa Akufo-Addo that his avowed fight against galamsey made him lose an appreciable number of votes in the galamsey endemic areas in the last elections across the country.

According to the Deputy Minority Chief Whip, the President's fight against galamsey had no bearing on the number of votes former President John Dramani Mahama had in the 2020 general elections.

He mentioned the three seats in the Ashanti Region as Ejura, Asawase and New Edubiase constituencies.

Speaking in an interview with the host of the Ghana Yensom morning show, Mr Emmanuel Quarshie (The Hitman) on Accra 100.5 FM on Thursday, October 6, 2022, he noted that if the assertion of the President was true, the NDC should have won the Obuasi seat among others knowing that Obuasi constituency was the headquarters of galamsey in the region.

"The NPP won Obuasi so what is the President talking about that his fight against galamsey let him lose votes in the illegal mining areas of the country?" he quizzed.

According to him, the President's fight against galamsey had no bearing on the number of votes the NDC chalked in the region.

He fiercely argued that that assertion cannot hold water in terms of votes the NDC had in the last elections.

He told the President to tell his appointees to stop issuing the community mining licenses to his party cohorts to mine.

"If the President wants to see an end to the galamsey menace, he should stop blaming the NDC for his iniquities in the fight against galamsey," he stressed.

He alleged that the NPP government has given community mining licences to its people without the knowledge of the Chiefs "so why today turn around to blame the Chiefs?"

He was quick to add that the Chiefs cannot be blamed stemming from the way community mining licences are issued by the Minerals Commission.

He revealed in the last couple of years, the NPP has trained over 2000 community miners at the University of Mines and Technology (UMaT) in the Western Region, "and these large numbers of people cannot be traced all because they have the skills for mining so they are putting the skills they have acquired to use by engaging in galamsey," he asserted.

For his part, the NPP's MP for Abura–Asebu–Kwamankese Constituency in the Central Region, Mr Elvis Morris told the host of the show that the President’s declaration on galamsey had a bearing on votes the NDC won in the galamsey areas.

He cited the Tarkwa–Nsuaem Constituency as one of the areas that the NPP nearly lost to the NDC because of the President’s fight against galamsey.

He noted that the NPP won the seat held by George Mireku-Duker who is also the Deputy of Lands and Natural Resources in charge of Mines by 120 votes.

He said the fight against galamsey shored up NDC’s votes in the last elections.