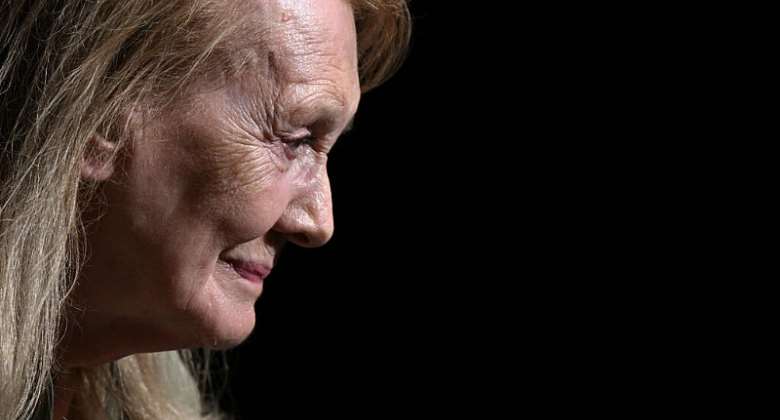 French author Annie Ernaux, whose novels draw on personal experience of class and gender, has won the Nobel Literature Prize. The jury praised "the courage and clinical acuity with which she uncovers the roots, estrangements and collective restraints of personal memory".

Ernaux is the author of 22 novels. Informed of the award, the 82-year-old told Swedish television on Thursday that felt herself honoured, and under enormous responsibility.

Annie Ernaux began her career with "Les Armoires Vides" (The Empty Cupboards) in 1974. Based on the family conflict of a heroine whose education exposes the limits of her bar-tending parents, it is an unrelentingly grim version of Ernaux's own early life. She has been described as "a kind of French working-class Marcel Proust".

Born Annie Duchesne on 1 September 1940 in the town of Lillebonne in Normandy, north-west France, Annie Ernaux escaped a career behind the counter in the family bar/grocery, obtaining a degree from the University of Rouen.

But she was haunted by a sense of betrayal, saying she felt guilt and shame for what she considered an act of betrayal of her parents and their way of life.

Annie Ernaux went on to pass the aggrégation, the toughest exam for French teachers. She taught in several secondary schools, before joining the National Centre for Distance Education.

In her parallel career as a writer, Ernaux was a trailblazer for a whole generation of French writers from working-class and immigrant backgrounds.

Virginie Despentes of the "Vernon Subutex" trilogy has hailed her as a key influence. Edouard Louis, whose first novel about growing up gay and in poverty in northern France was translated into more than 20 languages, said he had been "deeply affected by the power and beauty" of Ernaux's work.

Ernaux has no time for stylistic pretension, despising what she calls "the pretty phrase".

She also opened previously taboo subjects to public debate. Her novel "L'Evénement" is a fictional retelling of her own experience of unwanted pregnancy and abortion, before France decriminalised medical termination of pregnancy in 1975.

Annie Ernaux has been regarded as a feminist model by many, not least for her personal stance on abortion, and her career as a single mother of two boys after her divorce in 1984.

Ernaux has also been a strong voice supporting the #MeToo movement, which was longer to take off in France with the likes of actress Catherine Deneuve initially defending male "gallantry".

"I was so ashamed for Deneuve," Ernaux said, describing her comments as "the reflection of a group of privileged women."

"In France we hear so much about our culture of seduction, but it's not seduction, it's male domination."

Outside France, recognition for her work has developed only  in recent years, notably after the English translation of her 2008 masterpiece, "The Years", which was nominated for the Man Booker International Prize in 2019.

The novel opens with the certainty that "All images will disappear," and ends with the writer's fervant hope that she can "save something of the time that will vanish when we are no longer here."