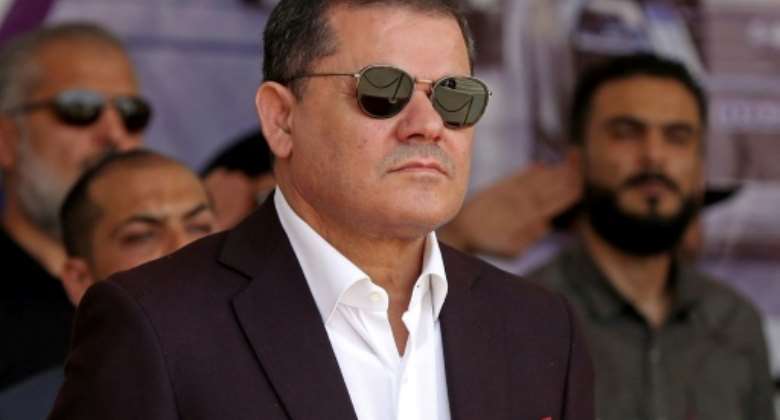 Libya's Tripoli-based prime minister Abdulhamid Dbeibah has defended a deal signed earlier this week with Turkey over oil and gas exploration in the Mediterranean, which angered European nations.

The memorandum of understanding, three years after a controversial maritime border deal, sparked a sharp reaction from Greece as well as from Dbeibah's rivals in Libya, where two administrations are grappling for power.

"The Turkish-Libyan MoU is based on previous deals even prior to 2011," Dbeibah said, referring to the year a NATO-backed uprising toppled dictator Moamer Kadhafi and plunged the North African nation into years of violence.

"It's our right to sign MoUs, and we have signed hundreds of them in order to promote cooperation with other states."

Dbeibah's government was installed in the capital Tripoli in the west of Libya as part of a United Nations-led peace process last year.

But he has been challenged since March by a rival government based in the east, which argues that his mandate has expired and that he has no right to sign international agreements.

The question of rights to Libya's vast hydrocarbon resources has become more urgent this year as global energy prices have soared.

"Global demand for gas has grown sharply since the Russian-Ukrainian war, and we will continue to explore for oil in our territorial waters in cooperation with other states," Dbeibah said in a speech late Wednesday.

Monday's deal builds on an agreement signed between Ankara and a previous Tripoli-based administration in 2019, at the height of a battle for the capital after eastern-based military chief Khalifa Haftar attempted to seize it by force.

The delivery of Turkish drones to Tripoli-based forces shortly afterwards was seen as crucial in the victory over Haftar, who was backed at the time by Egypt, Russia and the United Arab Emirates.

In the 2019 agreement, Turkey had laid claim to large areas of the eastern Mediterranean, angering Greece, France and the EU.

On Monday, Greek Foreign Minister Nikos Dendias said he and his Egyptian counterpart "both challenged the legitimacy" of the deal.

Dbeibah retorted on Wednesday that he was "not concerned about the stance of states that have opposed the deal".