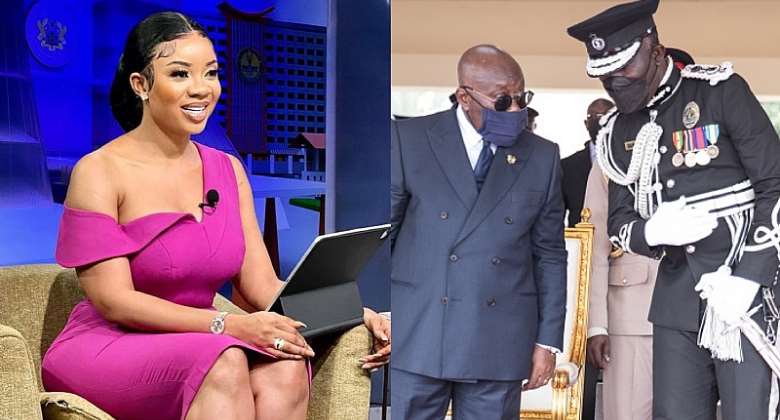 President Akufo-Addo was forced to meet the chiefs in Kumasi today following the alarming rate illegal mining popularly known as galamsey is causing to the land, water bodies and forest reserves.

President during a meeting with the National House of Chiefs and MMDCEs at the Manhyia Palace in Kumasi on Wednesday, October 5 admitted that the galamsey fight has yielded the needed results despite the many interventions.

“We have tried many initiatives, including that of the Community Mining Scheme, and the establishment of a new legal regime for dealing with the perpetrators of this phenomenon, which has imposed severe sanctions on those, Ghanaians and foreigners, convicted of illegal mining. Still, we have not won the fight,” he admitted.

This, Serwaa Amihere, a female Ghanaian broadcaster with Accra-based GHOne TV, has suggested that the President delegate the fight against galamsey to the Inspector General of Police (IGP), Dr George Akufo Dampare, for six months.

In a tweet spotted by Modernghana News, she wrote, “Mr President @NAkufoAddo can you try Dampare with the galamsey fight for six months and let’s see what he can do.”

The debate over illegal mining has recently heated up.

This follows the re-arrest of Chinese galamsey Kingpin, Aisha Huang and the recent release of a documentary titled "Destruction for Gold" by Multimedia Journalist, Erastus Asare Donkor, which revealed the alarming rate of polluted river bodies caused by illegal mining.

You’ve been a dependable husband – Lordina celebrates Mahama...
37 minutes ago