You should've looked for concert house for that meeting, I'm happy Otumfuo wasn't part of that joke — Manasseh slams Akufo-Addo 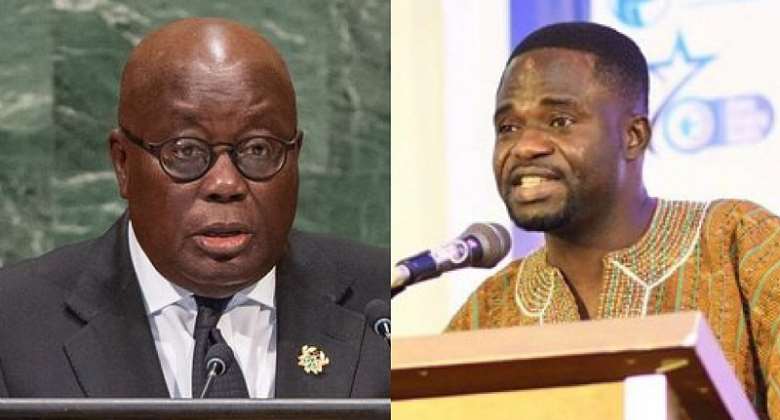 Manasseh Azure Awuni, a Ghanaian investigative journalist and the editor-in-chief of the Fourth Estate news portal sees President Akufo-Addo's anti-galamsey meeting today October 5 as not different from the usual ones which ended without any proper action.

He said the highly respected Manhyia, the seat of the Asante Kingdom where today's meeting was held is not the place for such "jokes."

The journalist said in a Facebook post on Wednesday, October 5, spotted by Modernghana News that he was glad the Asantehene was not part of the meeting.

According to him, even the stupidest person in Akufo-Addo's cabinet knows the solution to the galamsey problem.

“President Akufo-Addo met the National House of Chiefs at Manhyia today to discuss the fight against galamsey. I was happy I didn't see the Asantehene at that joke of a meeting, but they could have looked for a concert house for that meeting,” he said.

He added “the chiefs have their own issues, but they should not be blamed for our inability to stop the illegal mining that is threatening our land and our survival. Even the stupidest person in Akufo-Addo's cabinet knows the solution to the galamsey problem.”

Manasseh is asking the President to blame his failed appointees and the military who are reportedly shielding illegal miners to continue to their nefarious activities.

The chiefs, who have always been at the centre of blame, according to Manasseh, must not be accused of the activities reportedly fueled by Akufo-Addo's appointees and officials.

“The problem is that the Commander-in-Chief of the Ghana Armed Forces is not serious about the fight. Who deploys the soldiers to supervise and guard illegal mining and licensed illegal mining activities?

“Who appoints the defence minister and the CDS? Who appoints the Regional Ministers and MMDCEs, who chair the regional and district security councils? If they are all failing why do we blame the chiefs? Does Akufo-Addo need permission from the chiefs to fire an appointee who is not doing his or her work?” he quizzes.

President Nana Addo Danquah Akufo-Addo held a closed-door meeting with the National House of Chiefs and MMDCEs on the galamsey menace Wednesday, October 5 in Kumasi.

He called for the support of the chiefs to help in the fight against illegal mining in the country.

Latest Photo Reports
Catch up with all the political quotes from our politicians.
Advertise here
More from Headlines
ModernGhana Links
You are a testament of God's goodness — Mahama’s Aide eulogies her boss on his 64th birthday
VIDEO: Speaker Alban Bagbin shows off ‘killer’ moves to celebrate Ghana’s win over South Korea
Fire destroy structures, goods at Kantamanto market
TOP STORIES