Mining wasn't dangerous in the olden days so why now; let's repair this dramatic situation — Akufo-Addo to chiefs 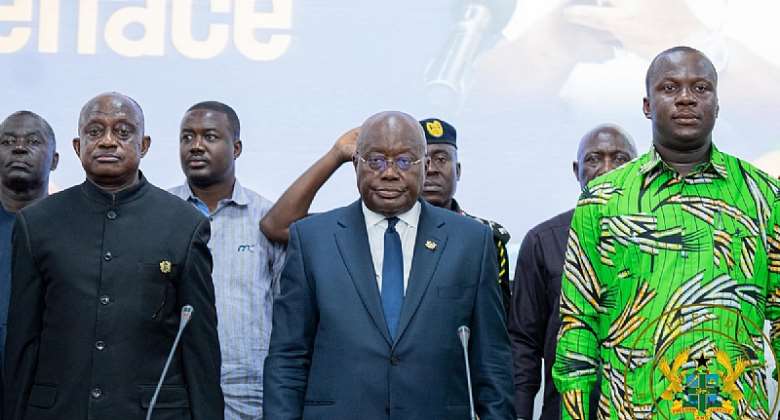 The President of the Republic, H.E Nana Addo Danquah Akufo-Addo has lamented the effects of illegal mining on the country's environment.

He said mining in the olden days did not pose any threat to the natural environment.

However, speaking at a meeting with the National House of Chiefs and MMDCEs on the galamsey menace on Wednesday, October 5, at the Manhyia Palace in Kumasi, the President admitted that the alarming rate of galamsey activities has caused serious damage to the natural environment and a threat o human existence.

“Even though for centuries, we have been a mining nation, mining did not pose a threat to the health of our environment and water bodies. The rules that you put in place for mining ensured that the sanctity of our lands remained intact, and our water bodies remained unpolluted.

“Tragically, in the modern era, that is no longer the case. And that is why I have come to you today to talk about how, together, we can repair this dramatic situation,” he affirmed.

The President also reaffirmed his determination to combat galamsey activities in the country.

“Since took office, on 7th January 2017, nearly six (6) years ago, have made it a central feature of my presidency to lead in the efforts to rid our country of this menace, which we all now call galamsey. Indeed, it was an important aspect of my inaugural address of that day,” President Akufo-Addo said.