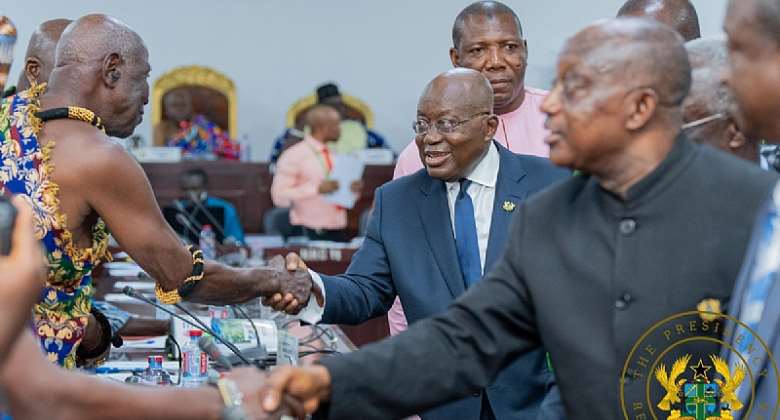 President of the Republic, H.E Nana Addo Danquah Akufo-Addo has admitted the fight against the activities of illegal miners popularly known as galamsey is yet to yield positive results.

In a meeting with the National House of Chiefs and MMDCEs on the galamsey menace at the Manhyia Palace in Kumasi on Wednesday, October 5, the President further revealed that persons involved in the act have been arrested and put before court.

“We have tried many initiatives, including that of the Community Mining Scheme, and the establishment of a new legal regime for dealing with the perpetrators of this phenomenon, which has imposed severe sanctions on those, Ghanaians and foreigners, convicted of illegal mining. Still, we have not won the fight,” he admitted.

President Akufo-Addo admitted once more that the fight against Galamsey has never been easy.

He asserted that communities, where illegal mining is prevalent, voted against the NPP in the 2020 general elections as a result of his apathy toward activities, adding that his initial declaration of putting his presidency on the line still holds.

“It has not been easy, it has not been popular, and we have not got the immediate results that I was looking for. Indeed, in the last elections of 2020, my stance on the issue cost my party and significant losses in the mining communities,” the President stated.

He added, “It turned out that my statement that I was putting my presidency on the line in the fight against galamsey was neither bombast nor recklessness. It was the simple truth."