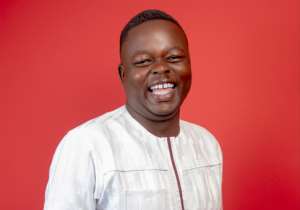 Japhet Festus Gbede, a communication team member and a deputy communication officer aspirant in the Akatsi South constituency of the opposition NDC has descended heavily on popular musician Sarkodie.

The outspoken communicator said Sarkodie has been silent despite the hardships many youths are going through under the leadership of President Nana Addo.

Mr. Japhet Festus Gbede has expressed disappointment in the award-winning Ghanaian rapper for failing to hold the Akufo-Addo administration to the same strict standards he held the erstwhile Mahama administration to.

He reiterated that Sarkodie has always been tweeting solely about his music without making any comments to amplify the voice of the suffering Ghanaians, especially to get the economic hardship fixed in the country.

Japhet noted that Sarkodie was one of the most vociferous Ghanaian celebrities during the administration of John Dramani Mahama and the best time for him to come hard on the government as he did to Mahama is now.

Or else, he noted, many will refer to Sarkodie as a hypocrite and a bootlicker.

Mr. Gbede made the call after Shatta Wale broke the silence on the hardship Nana Addo is taking Ghanaians through.