DR Congo: indigenous Communities claim Justice in loss of their forests due to climate change 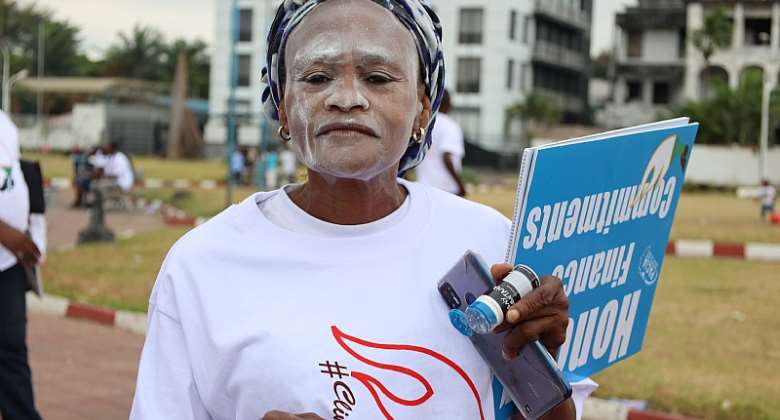 Mrs. DrothÃ©e Lisenga, one of Indigenous communities in D RC

Indigenous communities in DR Congo have decried threats to the forests of the Congo Basin, which has increasingly come under pressure from timber merchants from around the world.

While deforestation in Democratic Republic of CONGO is on the steady rise, the autochthone communities fear soon they may not have anything left of their heritage.

The Democratic Republic of Congo contains around 60% of the forests of the Congo Basin, and contribute to the carbon storage capacity.

There are three groups of indigenous peoples in the DRC: The Batwa, the Bambuti and the Babuluko, simply identified as the pygmies, considered as the guardians of the forest by their custom and lifestyle, which conserve the forest resources.

Lisenga Drothée is one of thousands of indigenous people who depend on the forests to survive.

Aged 56, Mrs. Drothée had the chance to go to school and equipped herself with knowledge of the environment and climate change for which she has campaigned against for more than 20 years defending and speaking for the indigenous people in DRC.

She is one of hundreds of participants who joined the march for Climate justice torch organized by Pan African Climate Justice Alliance (PACJA) in Kinshasa, DR Congo on October 2nd, 2022.

She personally sent an alarming message to the Ministry of Environment on behalf of the autochthones community in DRC.

“Climate change is within our doors and walls. I am speaking on behalf of the Congolese people and especially on behalf of the indigenous people who have been the guardians of the forest for millennia,” she said.

She added that “today the forest is destroyed and we lose our supermarket, we lose our natural habitat, our poisons, we lose the rivers whose flow is no longer fast, today we decree the fight as habit and we say STOP to climate change.”

Mrs. Drothée said she wants climate justice, and did not forget to add climate finance also because “it is our wealth. We want that when we give our natural resources, there are also benefits for the local community and indigenous people."

DRC is a strategic solution to the climate crisis given its vast forests, which sequestrate Carbon Dioxide emitted by industrialized countries. It has branded itself as “the country of solutions”. However, conditional access to climate finance and massive deforestation is alarming.

Addressing participants at the launch of Pre-COP 27, the Vice Prime Minister, Eve Bazaiba emphasized the need to find adequate solutions to the deforestation in DRC and other tropical forests with consideration of indigenous communities.

“So let’s take care of it by investing in forests. Let us also think about the guardians of forests because as such, they are entitled to remuneration. Let the world stop talking and get to work. The planet is burning, and we will burn with it if we keep talking instead of acting”, said Mrs Bazaiba.

The Pan African Climate Justice Alliance is a consortium of more than 1000 organisations from 48 African countries that brings together a diverse membership drawn from Grassroots, Community-based organizations, Faith-based Organizations, Non-Governmental organizations, Trusts, Foundations, Indigenous Communities, Farmers and Pastoralist Groups with a shared vision to advance a people-centered, right-based, just and inclusive approach to address climate and environmental challenges facing humanity and the planet.

We warned gov’t against reckless borrowing, wasteful spendin...
50 minutes ago