The end of the cedis? 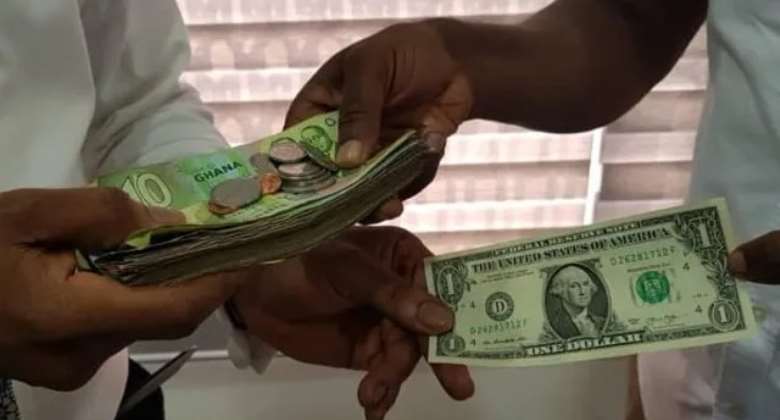 The contrast between the world’s superpower and a minnow like Ghana raises a profound question about why the minnow would continue to ply the open economic seas alone with so many sharks and other predators around. There is no escaping Kwame Nkrumah’s truth told us more than sixty years ago:

It is clear that we must find an African Solution to our problems, and this can only be found in African Unity. Divided we are weak. We must unite now or perish, since no single African State is large or powerful enough to stand on its own. United Africa could become one of the greatest forces for good in the world.

In this day of worldwide inflation and interest rate hikes, the United States dollar is crushing all other currencies because the world still views the American economy and leadership as the most sound, despite massive current and accrued American government debt. Prof. Hanke’s point, regardless of whether he is being paid by John Mahama as Fadi Dabbousi alleges, is simply that outside Ghana, nobody cares about the cedis. If successive Ghanaian governments drive it into the ground, no foreigners will come to bail you out, the way worldwide investors and lenders continue to support the dollar. An IMF remedy for the umpteenth time is like giving chemotherapy to a terminally ill patient; Ghana will never escape that treatment alive.

Why not give in to this truth and do away with the cedis? Ghana’s francophone neighbors all share a single currency tied to the euro. They complain that therefore, they are not allowed to float the same degree of public debt as Ghana can, but look where that got Ghana, again!

I have been saying for longer than one year that the terrorism and warfare wracking the Western Sahel present the ideal opportunity for the countries threatened by it, including Ghana, to unify. My mediation initiative in Mali and Burkina Faso is making some progress. I believe that the al Qaeda affiliate will make some kind of peace offer. It will be up to the governments in the region to accept it, or not.

The Transitional Government of President Colonel Assimi Goita in Mali has begun advertising its endgame as a United Africa. Would the Ghanaian political class accept joining a bigger country that included Ghana’s neighbors, if it meant giving up the cedis and control of the government purse-strings?

I have my doubts. As soon as President Akufo-Addo announced resort to the IMF, leading spokesman for the National Democratic Congress on economic policy and Member of Parliament Isaac Adongo began backpedaling on his theretofore direct attribution of Ghana’s fiscal plight to corruption. He said that the NPP Government’s mistake was in not saving sufficient reserves to weather a storm. His excuse for the NPP Government shows again that the two major political parties prefer to safeguard each other’s back than to incise corruption like the cancer it truly is. They do this because they are sharing in the spoils at the public’s expense, and look where that has gotten Ghana.

Any joinder of Mali, Burkina Faso, and Ghana, for instance, would, of course, have to honor the debts of its constituent members, taking into account the level of risk the financiers bargained for. Going forward, Kwame Nkrumah would have told us that whether United Africa starts with three countries or thirteen, its bigger size will reap dividends for all its citizens. That will be possible, however, only if corruption comes to an end.

Right now, Ghana is on the trajectory of Sri Lanka, where the lack of foreign currency prevented the government from buying fuel, which led to demonstrations and anarchy, and Lebanon, where people have overrun banks in recent days to overcome currency restrictions. These are two countries, like Ghana, where the political class failed to admit and address its own corruption.