Polio Vaccination: Round two slated for October 6 to 9 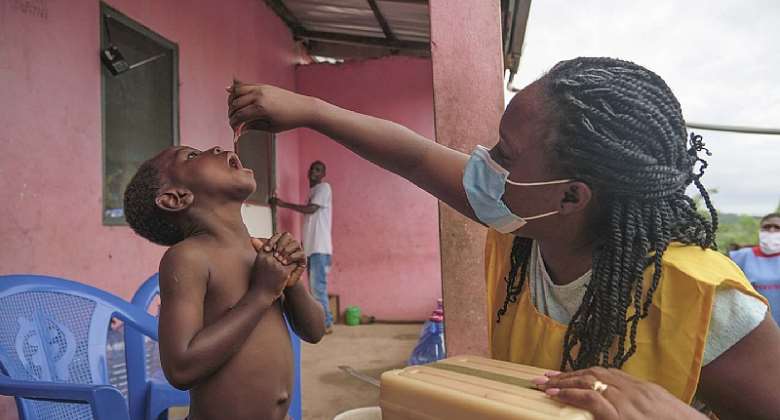 The Ghana Health Service (GHS) and the Ghana Red Cross Society (GRCS) are set to vaccinate over six million children below the ages of five against Polio.

This will be done in a four-day National Polio Vaccination Campaign slated for Thursday October 6, to Sunday October 9, 2022.

Mr Kwame Gyimah-Akwafo, President of the Ghana Red Cross Society (GRCS) who launched the vaccination campaign in Accra on Tuesday said the exercise was expected to increase population immunity against the Type 2 Poliovirus and break the transmission of the disease.

Polio, according to the World Health Organization (WHO), is a highly infectious disease caused by a virus.

It invades the nervous system and can cause total paralysis in a matter of hours.

The virus is transmitted by person-to-person and spread mainly through the faecal-oral route or contaminated water or food and multiplies in the intestine.

Initial symptoms are fever, fatigue, headache, vomiting, stiffness of the neck and pain in the limbs.

One in 200 infections leads to irreversible paralysis, usually in the legs.

Mr Gyimah-Akwafo said the campaign would target about 60,000 households through door to door interactions in all 16 regions and that the vaccination would be done in all public health facilities.

He said in effort to improve upon achievements in the first round in September, the GRCS had deployed over 400 trained volunteers nationwide to mobilise communities and create awareness for the second-round polio vaccination,expecially in hard to reach areas.

Mr Gyimah-Akwafo said the GRCS’s partnership with the GHS to vaccinate children was in line with the Red Cross (RC) and International Federation of Red Cross (IFRC) mission to maintain the focus of governments in ensuring that all other diseases were not left behind due to efforts to immunise populations against COVID-19.

He urged Ghanaians to join in the fight against polio and other public health emergencies and called on parents to make their children avaliable for vaccination.

“We have fought polio for a very long time, it goes, hides and comes back and there is the need to make sure that we protect our under five children,” he said.

The GRCS President said the World Health Organization (WHO) had supported the government with financial, logistical and technical support to reach out and vaccinate all eligible children across the country.

Polio mainly affects children under five years of age. However, anyone of any age, who is unvaccinated can contract the disease.

There is no cure for polio, it can only be prevented.

Polio vaccine, given multiple times, can protect a child for life.

The two are used in different combinations worldwide depending on local epidemiological and programmatic circumstances.

This is to ensure the best possible protection to populations.