Africa in space: 5 interesting reads on the continent's achievements and future 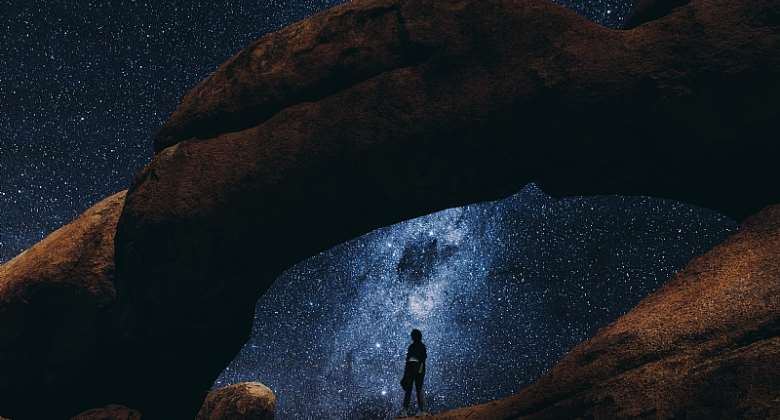 Sputnik 1 was launched by the former Soviet Union on October 4, 1957, marking the start of the space age. Since then space activity has delivered many benefits . For instance, satellite imagery can be used in agriculture to predict food shortages and surplus harvests. It can also be used to forecast and monitor natural disasters like flooding.

In recognition of this, by the second decade of the 21st century, more than 50 countries had space agencies, or other government bodies, carrying out space activities.

Some African countries are also making their mark. The continent's evolving space sector is reportedly worth USD$400 billion today.

Various experts from across the continent have published articles on The Conversation Africa, revealing the hopes, needs and achievements of Africa's space ambitions. Here are five insightful reads.

Recognising the importance of outer space, Agenda 2063 – part of Africa's development blueprint, put together by the African Union – includes an Africa outer space programme. It focuses on Earth observation, meteorology, satellite communication, satellite navigation and astronomy. Etim Offiong, an expert from the Scientific Officer at the African Regional Centre for Space Science, argues that Africa's outer space programme is integral to meeting many needs that African countries have.

Read more: Africa has ambitious goals for 2063: plans for outer space hold the key to success

Achievements of the Cape's astronomers

In some African countries, astronomical research is quite developed. South African astronomy, for instance, is at the forefront of many initiatives and discoveries. The South African Astronomical Observatory in Cape Town is the oldest permanent observatory in the southern hemisphere: it turned 200 in 2020.

Read more: South African astronomy has a long, rich history of discovery – and a promising future

One landmark moment for African space science happened on 13 January 2022 when The Cape Peninsula University of Technology, based in Cape Town, launched its third satellite mission into space. The nanosatellite constellation, consisting of three satellites - called MDASat (Marine Domain Awareness) – was launched from the Cape Canaveral rocket launch site in Florida in the US.

Space engineer, Nyameko Royi, who works on the project, reveals that these small satellites collect data that will enhance the security and protection of South African marine resources. They do this by monitoring and identifying foreign vessels within the country's exclusive economic zone.

Strides made by Senegal

Senegal has also made great strides in astronomy and planetary sciences in recent years. Dozens of scientists from NASA and France, along with five tons of astronomical equipment descended on Dakar, Senegal in August 2018. They joined 21 Senegalese scientists in an important mission: collecting precious data in preparation for the flyby of an asteroid called Ultima Thule on January 2019. The project marked the first time Senegal was involved in a space mission to explore our solar system.

Geologist, David Baratoux, explains why Senegal was chosen to be involved in a space mission to explore our solar system.

Read more: Why NASA chose Senegal to find out more about an asteroid in outerspace

The moves Ghana is making

Ghana is another country that's making moves in the space sector. The government has made a bid to host the African Union's planned Space Agency and The Ghana Space Science & Technology Institute has been established to train specialists and to convert space research into commercial applications. It's also a participant in the Square Kilometre Array (SKA) radio telescope project.

Read more: Ghana is looking to outer space. It needs the law to match

By Natasha Joseph, Commissioning Editor And