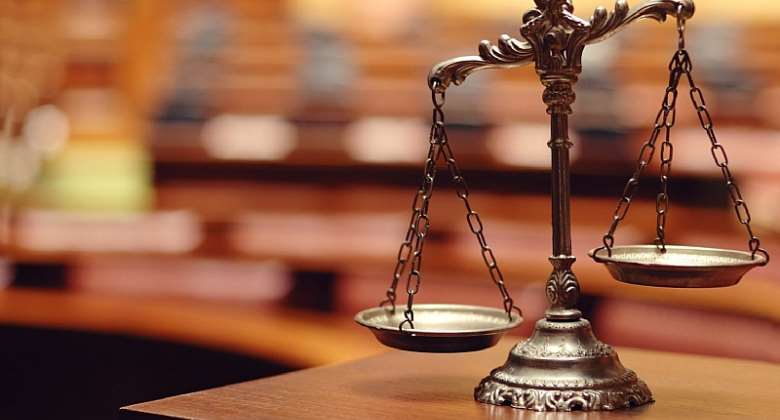 The court has also ordered the arrest of one Bismarck Cudjoe, also an employee of the Company, for a similar offence.

Ibrahim and Cudjoe are being sought for, on charges of defrauding by false pretences.

In a petition to the Director General of the Criminal Investigations Department(CID) of the Ghana Police Service, Mr Redeemer Worwui, Chief Executive Officer of Castle Gate Estate, alleged that Ibrahim had printed fake receipt books in the name of Castle Gate Estate to defraud unsuspecting clients.

The petition said Ibrahim, had fraudulently collected monies from clients and directed his subordinates to issue counterfeit receipts to them.

According to the petition, Ibrahim was allegedly still keeping fake receipt books, which he issued to clients in the name of Castle Gate Estate.

It said consequently, some clients were demanding refund of monies they claimed they had paid to the two suspects and not into the Company’s ‘designated accounts and, “all attempts to retrieve those receipt books have proved futile.”

The petition said Ibrahim also allegedly resold several lands that the Company had sold to “genuine” clients and used the money to establish a rival company.

The petition indicated that Castle Gate Estate over the years had sold plots of land to clients in the Greater Accra Region without any hitches.

“The Company, since it’s inception has acquired and sold 230 acres of Land at Katamanso, which is over 1,380 plots: 120 acres of Tema Community 25 making 720 plots; 70 acres at Apolonia, which is 420 plots and 400 acres of land at Prampram, which is also 2,400 plots and all these plots were given to the true clients who had paid monies into the Company’s account.”

The petition said, “those who went through the wrong channel with their bad experience are writing negative reviews on the operations of the Company, which are not true reflection of our activities, ” and called for the arrest and prosecution of the two suspects.