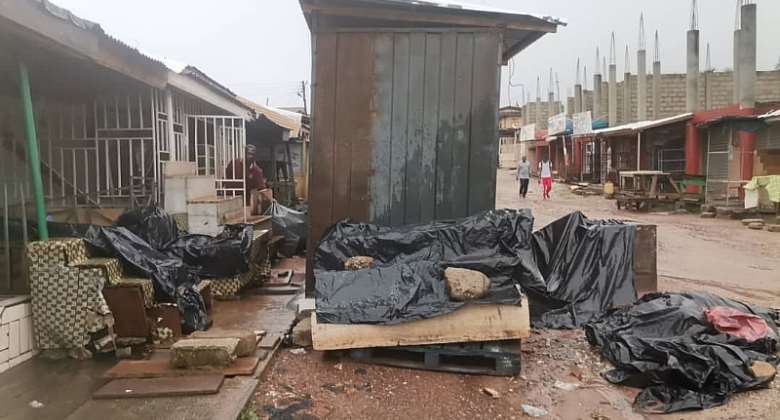 According to them, the construction of containers on that particular access road that leads to houses and other adjoining roads around the Santasi market will create huge problems for them.

The residents in an interview with this reporter on Tuesday October 4, 2022 appealed to the KMA to pull down the containers to allow easy access to the road.

"Commuters are already suffering from the huge vehicular traffic on the main Kokoben-Santasi highway and now the assembly is blocking one of the major access routes.

"We believe the assembly as the main enforcer of their own by-laws has gone contrary to what they preach and so must not allow trading activities in the middle of the road," some of the residents noted.

Meanwhile, the Assembly Member of Santasi Electoral Area, Hon Koo Santa says the containers are meant to temporarily habour traders at Santasi market for a period of 18 months to allow reconstruction of the facility.

"Once the construction is done, the assembly will pull down the structures from the road and move the traders back to the new market.

"We know this decision may cause inconveniences, but we have no option than to use that place as a substitute for the momentary period we are spending to build the all new market structure for traders in the area", he said.

We expect President to respect the roadmap on Ofori-Atta's d...
20 minutes ago