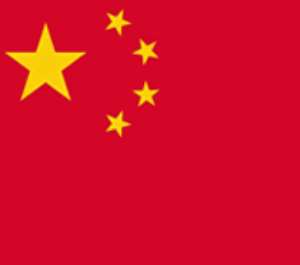 It all caused a flutter amongst the ignorant and expectant on September 21. China, it was said, was in the grip of an intriguing internal crisis. Air traffic had dramatically altered, with some 9,583 flights cancelled. There were talking heads aflame with interest on the latest social media morsel, minute and yet profound.

The issue of flight cancellations was then spuriously linked to claims that President Xi Jinping had gone absent on his return from the Shanghai Cooperation Organisation (SCO) meeting in Uzbekistan. To this could be added two unconnected facts. General Li Qiaoming, after having occupied his post for five years, was moving on, though where was not certain. There were also the remarks of a retired centurion, a 105-year-old former politician, who spoke about respecting elders.

The media rush to tie the string around these events was aggressive. It involved Gordon Chang, infamous proponent of the “collapse of China” theory, being consulted for expert advice by such outlets as Newsweek. Chang’s tweets were generously quoted as sagacious observations: “[W]hatever happened inside this #Chinese military during the last three days – evidently something unusual occurred – tells us there is turbulence inside the senior #CCP leadership.”

Another gem from Chang was the view that much smoke had been detected, suggesting that “there is fire somewhere. We don’t think there has actually been a coup, but at this point there have been some extremely troubling developments at the top of the Communist Party as well as the top of the People’s Liberation Army, which reports to the party, so something is terribly wrong.”

From this failed soothsayer, the “decision to cancel 60 per cent of its flights on Wednesday” and a “widely shared video” shared on social media showing “a line of military vehicles up to 80 kilometres long heading into Beijing” were key indicators that something was amiss in the centre of power.

Going further back the line of disinformation, one finds the channel New Tang Dynasty TV taking interest in the opinions of a dissident Zhao Lanjian, who made much of the flight cancellations. That particular assessment was always going to be influenced by the fact that New Tang Dynasty is an important platform for the views of the religious group Falun Gong. The group has, as its primary ambition, the elimination of the Chinese Communist Party. The network also fanned the disappearance narrative regarding Xi and his apparent house arrest.

Then came the role of Jennifer Zeng, a New York-based Falun Gong blogger, asking the question whether Xi had been arrested and whether three senior anti-Xi officials had been sentenced to death. Her efforts, according to The Print, were part of a “sprawling media ecosystem” backed by Falun Gong.

The rumour mill began to move at giddying speed. India became the hotspot of dissemination. The Noida-based Hindi news channel India TV was an avid enthusiast of the coup conspiracy theory. The Indian politician Subramanian Swamy, with a Twitter following of 10 million, also got busy with tweeting on September 24, wondering about the “rumour” that the leaders of the Chinese Communist Party had “removed Xi from the Party’s in-charge of Army. Then House arrest followed.”

By September 26, flights had resumed their merry way, with that occasionally useful tracking site flightradar24 showing a resumption of traffic from the Beijing Daxing International Airport. But that did not get away from the other fact missed by the starry-eyed coup assessors: that the previous three weeks had also seen high cancellation rates for flights. These included 60.1 per cent, 69 per cent and 64.1 per cent respectively.

The evidence supposedly mounted in favour of a coup began to look sketchy and even absurd. There was no evidence of a military convoy stretching 80km entering the capital, despite the excitement caused by a video purporting to make that claim. Logically, a British tech company that claims to “tackle” the harms arising from “misleading and deceptive online discourse”, found that the coverage in question related to a military convoy on the move last year.

Another video claiming to show an explosion that had supposedly taken place in the course of the alleged coup was from 2015, identifiable on Daily Motion and titled “Huge Explosion in Tianjin, China, 200 Tons TNT Equivalent.” That particular conflagration was distinctly not fictional. In the course of the explosion, 700 tonnes of sodium cyanide kept at the facilities of Ruihai International Logistic caught fire, leading to 173 fatalities.

The China Coup episode deserved a good mocking and Georg Fahrion of Der Spiegel was happy to do so. “Today in Beijing,” he noted with chirpy promise, “I investigated the China coup so you don’t have to. At considerable personal risk, I ventured out to some neuralgic key points in the city. Disturbing finds. Brace yourself.”

Fahrion went on to talk about the main entrance to Zhongnanhai compound, “where the entire central leadership works, including Xi Jinping.” Mockingly, he tells us that paratroopers of elite grade “have wrested control over the gate, cunningly disguised as the five middle-aged dudes who always stand there.”

The logic and strength of a lie is its fecund, reproductive power. Mentioned constantly, reiterated and spread, it grows the legs of truth, and does a merry dance. Sometimes, that dance is innocent enough; often, it’s not. When it comes to speculating about coups and plots in such centres of power as China, the implications of getting that wrong are too grave to contemplate.