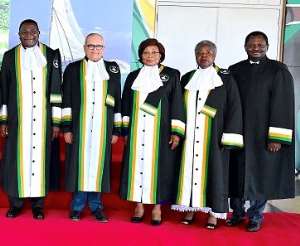 The African Court on Human and People’s Rights has rolled out strategic measures to encourage the Government of Ethiopia to ratify the Protocol establishing the African Continental Court and deposit the Declaration under Article 34(6) to allow its citizens access to the African Court directly.

The African Court and the Government of Ethiopia, in collaboration with the Ethiopian Human Rights Commission would also hold a sensitization seminar on October 4th at Addis Ababa to educate stakeholders in Ethiopia on the Continental Court’s jurisprudence.

The seminar would be attended by over 60 participants including high-level government officials and key partners to discuss areas of common interest in the protection of human rights and to explore potential rooms for institutional partnerships.

Lady Justice Aboud, African Court President told the Communication for Development and Advocacy Consult (CDA Consult) in an interview that the seminar would promote the work of the African Court and strengthen its partnership with governmental agencies and civil societies through dialogue.

Dr. Robert Eno, African Court Registrar also told the CDA Consult that the main objective of the sensitization visits is to enhance the protection of human rights in Africa.

He said the African Court used such sensitization visits to also raise awareness about the Continental Court; encourage the ratification of the Protocol and deposit of the Declaration that allows citizens to directly access the African Court.

Other objectives are to sensitize would-be applicants on how to access the African Court and the procedures before the Court; encourage the public to utilize the Court in settling human rights disputes and encourage the utilization of the Court for advisory opinions.